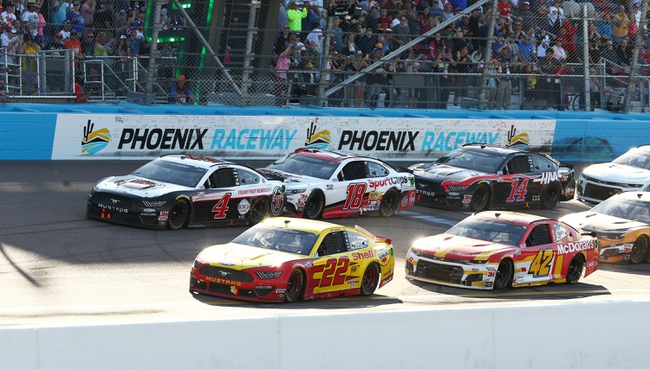 The NASCAR Cup Series continues this Wednesday night at the Darlington Raceway for the Toyota 500. It’s just race after race and countless chances to make some money with majority of sports still sidelined. Of course, we made money on Sunday with Kevin Harvick cashing at +800 odds at The Real Heroes 400. Let’s keep the positive vibes going.

Kevin Harvick, +400 - Kevin Harvick has either won or finished runner-up in the last two races and few have had the success he’s had at the Darlington Raceway. Harvick has finished fifth or better in seven of his last eight appearances at this track and has won two of those eight tries. Harvick has also finished no worse than ninth in each of his last 10 races overall. While these odds won’t break the bank, it’s hard putting together a NASCAR card without including Harvick.

Joey Logano, +1400 - The last two times this season Joey Logano finished outside of the top-10, he followed up the following race with a victory. Logano finished Sunday’s race with a disappointing 18th place finish, so let the trend continue to make 14 times your money. Logano has finished fifth or better in three of his last six trips at the Darlington Raceway. Logano also has lots of success at this track in the NASCAR Xfinity Series. This is a nice value play.

Chase Elliott, +800 - Chase Elliott had a strong fourth place showing on Sunday and is now averaging a fifth place finish in his last three races overall. Elliott also has top-10 finishes in three of his last five trips at the Darlington Raceway and that doesn’t include a victory in the 2014 Sport Clips Haircuts VFW 200. Elliott has to like his chances to get his first victory of the year.

Brad Keselowski, +1200 - Brad Keselowski doesn’t string together subpar showings very often, so I expect back-to-back finishes outside of the top-10 to end rather quickly. Keselowski has finished fifth or better in three of his last six appearances at the Darlington Raceway, which includes a win in the 2018 Bojangles' Southern 500. Keselowski has also gone this long in a season without at least one victory just once since 2014. Basically, Keselowski is due for a trip to victory lane.

Denny Hamlin, +700 - Denny Hamlin finished fifth in Sunday’s race and has finished sixth or better in three of the first five races overall. Hamlin has a long history of dominating this track in the NASCAR Xfinity Series, and he’s finished sixth or better in seven of his last 10 appearances in South Carolina in the NASCAR Cup Series. Hamlin has a thing for this track and it should surprise nobody if he snags his second win of the year.