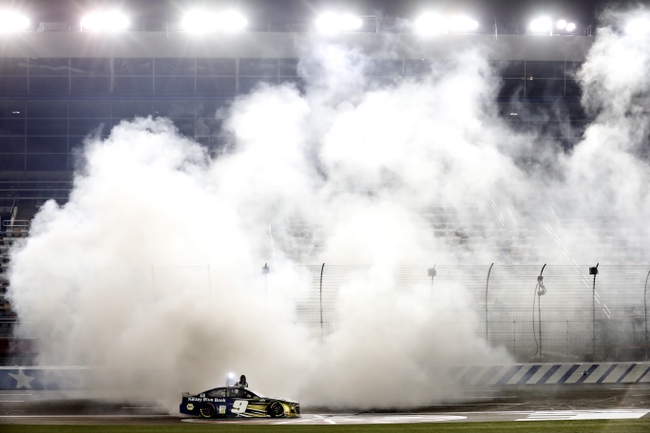 As the auto racing marathon continues, we head to Bristol on Sunday afternoon for the Supermarket Heroes 500. This is the final race before things kind of get to a normal pace and allows us to put more time into our selections. For now, however, let’s try to make some more money on the race track.

Chase Elliott, +450 - Chase Elliott is the hottest driver in the field right now with victories at the North Carolina Education Lottery 200 and Alsco Uniforms 500, so it’s hard to ignore him heading into this week, even if it’s not going to be easy to keep up this pace. Elliott has finished fourth or better in four of his last six Cup Series races, and he’s averaging a 6.3 finish in his last three trips at the Bristol Motor Speedway.

Joey Logano, +750 - Joey Logano has gotten close to cashing for us a few times this year, and he’s settled for sixth place in two of his last three races. Logano finished third at this race last year and has top-10 finishes in eight of his last 11 appearances at the Bristol Motor Speedway. Based on his consistent success at this track, Logano has a solid chance at his third victory of the year.

Denny Hamlin, +750 - Denny Hamlin has top-five finishes in three of his last four races and finished runner-up last week in Charlotte. Hamlin won his last race at the Bristol Motor Speedway and has finished fifth or better overall in five of his last nine trips here. Hamlin is another driver who has a good chance to get his third victory of the year.

Kurt Busch, +1200 - Kurt Busch doesn’t have a win yet, but he’s quietly finished seventh or better in five of his last six races. Don’t be surprised if this hot streak continues when you consider Busch finished runner-up at this race last year and is averaging a fourth place finish in his last three trips overall at the Bristol Motor Speedway. Busch is a strong play this weekend when yo consider you can make 12 times your money.

Erik Jones, +1800 - Erik Jones has put together some decent performances this season with three top-10 finishes and it feels like he’s due for a breakout finish. Jones has top-five finishes in two of his six trips at the Bristol Motor Speedway in the Cup Series, and he has a couple of victories at this track in the Xfinity Series. If you’re looking for a legit dark horse and a name not many will include this Sunday, Jones is probably your guy.