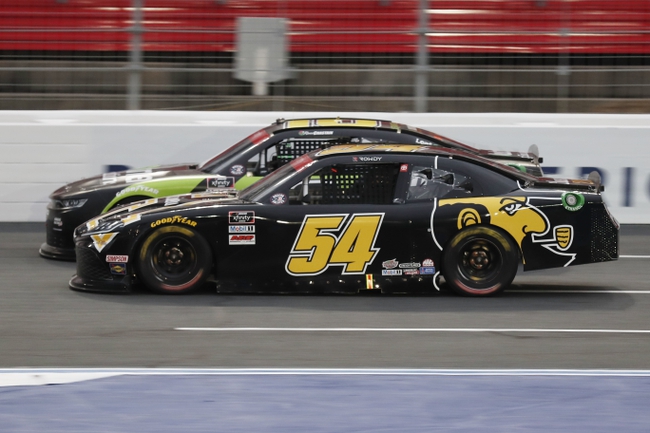 We continue our auto racing betting marathon Monday night in the Cheddar's 300 at the Bristol Motor Speedway. This race debuted in 1982 and is 300 laps which makes for a nearly 160 miles total. Let’s try to make some more money on the track.

Ross Chastain, +700 - Ross Chastain has zero career success at the Bristol Motor Speedway, almost always finishing outside of the top-10. However, Chastain has been one of the most consistent drivers this season in the Xfinity Series, which includes five straight top-10 finishes and averaging a finish of 7.25 in his last four races. Hard to leave Chastain off the betting card.

Daniel Hemric, +1000 - Daniel Hemric finished runner-up in North Carolina and has finished seventh or better in three of his last four races overall. Hemric is also no stranger to success at the Bristol Motor Speedway, which includes runner-up finishes in the Truck Series and finishing seventh or better in three of his four trips in the Xfinity Series. Hemric’s track record in Bristol makes him worth a play.

Noah Gragson, +1400 - Noah Gragson has finished seventh or better in four of the first six races and could easily have more than one victory this season with a little bit of luck. Gragson finished ninth in this race last year and is averaging a 13th place finish in his two trips at the Bristol Motor Speedway overall. Gragson is a decent dark horse option if looking for a stronger return.

Brandon Jones, +900 - Brandon Jones is in a bit of a funk right now, as he’s finished 20th or worse in three of his last four races. However, when Jones is on point, he’s always in the conversation for a victory and he has won two of his last 10 races overall. Jones doesn’t have a lot of good performances in Bristol, but he’s going to have a good run sooner than later.