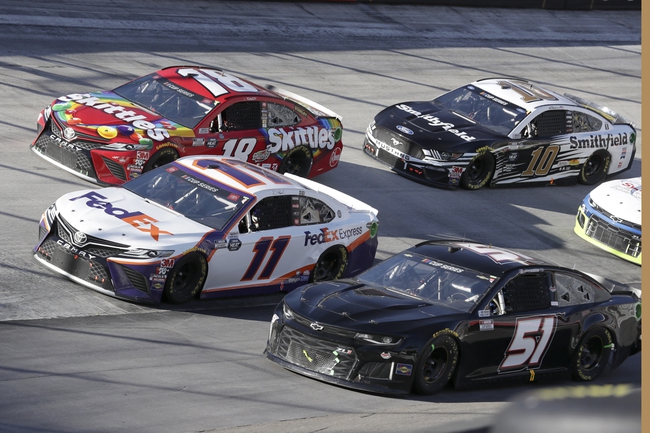 We have a full racing schedule this weekend in Georgia and it begins Saturday afternoon in the Camping World 200 in the NASCAR Gander RV & Outdoors Truck Series. This event debuted in 2004 and is a little over 200 miles. We’ve been piling up the winners in auto racing betting, so let’s not waste much time here.

Kyle Busch, -140 - It’s not ideal to lay juice when betting auto racing and having countless options with much more favorable odds. However, Kyle Busch is a three-time winner of this event in the Truck Series, and he’s either won or finished runner-up in each of his last 11 Truck Series appearances. It’s hard to put a card together for this race and leave Busch off it based on his history.

Brett Moffitt, +1600 - Brett Moffitt is coming off his best finish of the season with a fourth place spot in North Carolina and he should be able to build on that based on his history here. Moffitt won this event in 2018 and is averaging a finish of 2.5 in his last two trips at the Atlanta Motor Speedway overall. This is a nice play at this price.

Chase Elliott, +400 - Chase Elliott has won his last two Truck Series races, which includes the most recent in North Carolina. Elliott finished fifth in 2017, which was his only other Atlanta appearance in the Truck Series. Elliott also has a pair of top-five finishes in Atlanta in the Xfinity Series. Elliott will be in the running for another victory this weekend.

Matt Crafton, +2500 - Matt Crafton has been hit or miss so far this season and he didn’t have any success last week in North Carolina. However, few have the experience Crafton has in the Truck Series or in Atlanta overall. Crafton won this race in 2015 and has finished fifth or better in three of his last five trips at the Atlanta Motor Speedway overall. Given this price, Crafton is a nice shot in the dark play.

Todd Gilliland, +5000 - If you’re looking for a real dark horse, Todd Gilliland and a chance to make 50 times your money is worth a look. Gilliland has top-10 finishes in eight of his last 13 races and finished ninth in this race last year, his first and only appearance at the Atlanta Motor Speedway. Gilliland has nibbled around victories a lot during this impressive stretch, so these odds are interesting to say the least.