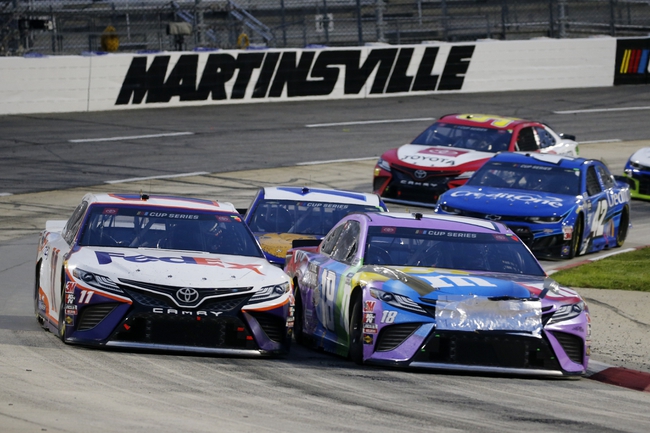 After two races on Saturday, we stay in Miami for Sunday’s race in the Dixie Vodka 400 in the NASCAR Cup Series. This race debuted in 1999 and is a little over 400 miles long. We’ve been handing out winners left and right during this marathon auto racing stretch, so let’s keep it going.

Denny Hamlin, +1100 - Denny Hamlin has quietly produced top-five finishes in four of his last seven races and he’ll be eager for a bounce back showing after finishing 24th in Virginia. Hamlin is a two-time winner of this event and has top-10 finishes in eight of his last 11 runnings at the Homestead-Miami Speedway overall. Hamlin has to like his chances to get his third win of the season.

Kyle Busch, +500 - Kyle Busch will be able to get an early feel for this track when he runs it Saturday in the Truck Series, and he’s the defending champ at this particular race as well. Busch has won this race twice and is averaging a finish of 2.8 in his last five trips at the Homestead-Miami Speedway. In fact, Busch has wins in Miami in the Cup Series, Xfinity Series and Truck Series. There’s an argument to be made that Busch should be the favorite on Sunday.

Joey Logano, +1000 - Joey Logano gave our odds a ride last week with a fourth place finish in Virginia, and he now has top-10 finishes in six of his last 10 races overall. Logano won this race in 2018 and has finished sixth or better in each of his last five trips at the Homestead-Miami Speedway, averaging a fifth place finish during that span. Because of his track record in Miami, Logano is a must play this weekend.

Jimmie Johnson, +2500 - Don’t look now, but Jimmie Johnson has quietly strung together three straight top-10 finishes and is averaging a finish of 6.6 during that stretch. Johnson is knocking on the door of at least one more victory before he decides to hang it up. Miami hasn’t been kind to Johnson lately, but he did win this race in 2016 and has countless other top-10 finishes before that. Maybe it’s just me wanting to see Johnson back in victory lane before he calls it a career, but I still find value in these odds.

Kevin Harvick, +500 - Outside of a win at Atlanta, Kevin Harvick has ben slow out of the gate since the restart and is kind of due for a bounce back performance. Harvick won this race in 2014 and has finished fourth or better in his last six trips at the Homestead-Miami Speedway. Harvick hasn’t finished outside of the top-five in Miami since 2013. That type of consistency makes Harvick a tough competitor come Sunday.