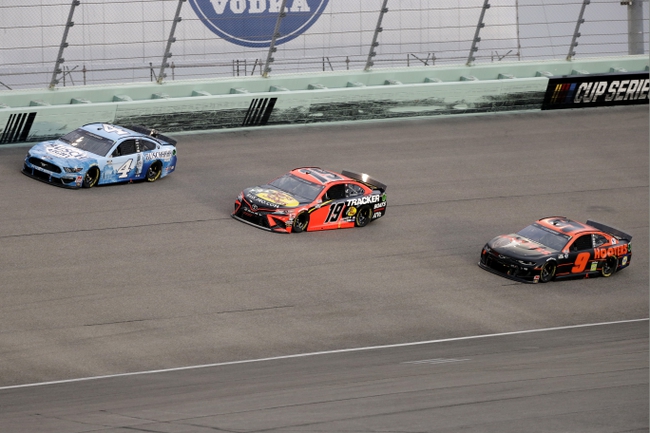 We make our first of two scheduled trips to Alabama this Sunday for the GEICO 500. This race debuted 1970 and is just over 500 miles long. We continue to pile up the winners in auto racing betting, as Denny Hamlin, who was the first driver listed in last weeks article, cashed at +1100 odds. Let’s keep it going.

Brad Keselowski, +1200 - Brad Keselowski has seven straight top-10 finishes and should like to keep the hot streak going this week. Keselowski is a three-time winner of this event and has won five NASCAR Cup Series races at the Talladega Superspeedway overall. That doesn’t include a win in the 2010 Unhinged 300 in the Xfinity Series.

Kevin Harvick, +1400 - Kevin Harvick has put together back-to-back forgettable performances and you have to question if he’s a bit burnt out after a lot of racing since the return. Either way, Harvick is still the leader in the Drivers Championship and we’re getting potentially 14 times our money. Harvick won this race back in 2010 and had a fourth place finish back in 2018.

Ryan Blaney, +1400 - Ryan Blaney doesn’t yet have a victory this season, but he’s finished no worse than fourth in each of his last three races and five of his last six races. Despite zero wins, you can argue Blaney has been the most consistent driver over the last two months of racing. Blaney won his last appearance at the Talladega Superspeedway in the 1000Bulbs.com 500 and has a couple of top-10 finishes in this particular race. Maybe this is the week Blaney gets it done.

Alex Bowman, +2500 - If you’re looking for an even bigger payout or a fun dark horse this week, Alex Bowman is worth a look at 25 times your money. Bowman hasn’t done a whole lot this season outside of a victory in Fontana, but he did finish runner-up in this race last year and is averaging a fifth place finish in his last two appearances. Some of Bowman’s better runs over the last three years have come in this race. I’ll throw him a bone.