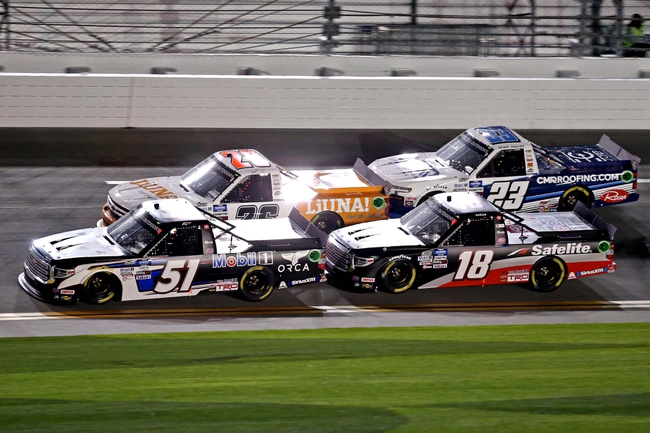 We head to Pennsylvania on Saturday for the 2020 Pocono Organics 150 in the NASCAR Gander RV & Outdoors Truck Series.

The race debuted in 2010 and makes for a rather quick event of just 60 laps. That means it’s a fast opportunity to make some money on the track, something we’ve done a lot since the return of the sport. Let’s stay hot.

Austin Hill, +600 - Austin Hill has had zero career success at the Pocono Raceway in four appearances, but he’s been the most consistent driver all season long and there’s value getting him when he’s not the overall favorite. Hill has finished seventh or better in four of the five races this season and is averaging a 4.6 place finish in his last six races overall. With his consistency, Hill is a must play in the Truck Series these days.

Christian Eckes, +750 - Christian Eckes is enjoying his best stretch of the season where he’s averaged a finish of 5.5 in his last two races, and you get the feeling he’s inching closer to his first victory in his first full season. Eckes didn’t race a ton last year, but he produced a fourth place finish in his last trip at the Pocono Raceway and has a win at this track in the 2019 FORTS USA 150. Eckes is a driver to watch closely these next few weeks.

Grant Enfinger, +1800 - Grant Enfinger has finished outside of the top-10 in three of his last four races, but he also has two victories this season and that makes him attractive when getting him at these odds. Enfinger has had three decent showings at the Pocono Raceway, and he’s averaging an eighth place finish in his last two trips. Enfinger also won here in the 2016 ModSpace 125, so there’s some history here. These odds feel like a steal.

Todd Gilliland, +2000 - Todd Gilliland has produced three top-10 finishes in his last four races and is averaging a fifth place finish in his last two tries. Easily one of the more consistent drivers without a victory this season, and Gilliland should like his chances to keep the trend going considering he finished seventh in his last two appearances at the Pocono Raceway. Gilliland also finished runner-up in the 2019 FORTS USA 150 at this track. Gilliland is one of the stronger dark horses of the weekend.

Johnny Sauter, +950 - Few have the experience that Johnny Sauter has on this track and he’s in good form coming off a fifth place showing in Miami. Sauter has finished no worse than eighth in his last six trips at the Pocono Raceway, and that includes a runner-up finish in 2014. Sauter is averaging a finish of 6.1 during that span. Don’t be surprised if Sauter gets his first Truck Series victory in over a year.