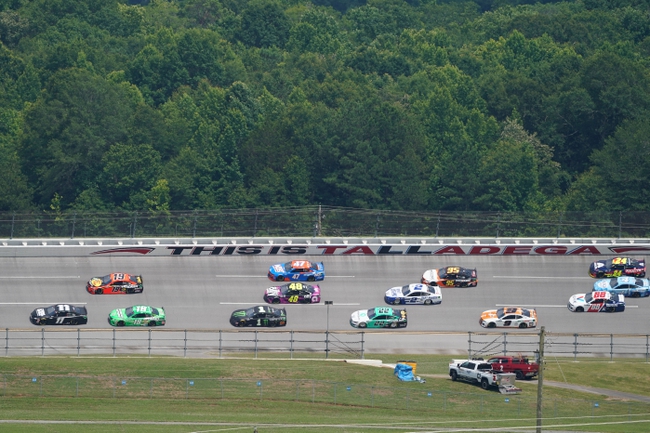 We head to Pennsylvania for the NASCAR Cup Series Saturday for the Pocono Organics 325.

This race debuted in 1982 and is 325 miles. Last week we continued our auto racing hot streak and cashed with Ryan Blaney at +1400 odds. Let’s keep it going.

Martin Truex Jr., +700 - Martin Truex has had a couple of forgettable performances after winning in Virginia, but he returns to a track he knows very well. Truex is a two-time winner at this event and has finished sixth or better in four of his last six trips at the Pocono Raceway. Truex has finished no worse than third in three of his last five trips. Truex is a must play this weekend.

Denny Hamlin, +770 - Denny Hamlin won his last appearance at this track in the 2019 Gander RV 400, and he’s a five-time winner at the Pocono Raceway overall. Hamlin is quietly one of the hottest drivers in the field right now with top-five finishes in six of his last nine races and his track record here is well documented. Hamlin is another strong play on Saturday.

Jimmie Johnson, +2700 - I try to find a way to include Jimmie Johnson on the card each week, as I’m just rooting for one more victory before he hangs it up, and I’d like to make some coin when it happens. Johnson has cooled off in his last few races, but he is one of 10 drivers to win this race at least twice, and he had a top-10 finish in this race back in 2018. There’s probably better options for Johnson to get that last victory, but I’ll still take a shot to make 27 times my money.

Ryan Blaney, +1350 - Ryan Blaney doesn’t have a ton of success at the Pocono Raceway, but we’re getting over 13 times our money with a driver who is averaging a 2.5 finish in his last four races. It’s the same reason we included Blaney on the card last week and cashed. His form is too good to pass up. Blaney did win this race in 2017 and has top-10 finishes in four of his eight trips at this track in the NASCAR Cup Series.

Kurt Busch, +2000 - Kurt Busch isn’t getting a lot of love and hasn’t won a race in a while, but he’s somebody who is putting things together with top-10 finishes in nine of his last 11 races. A bounce here or a bounce there and Busch tastes victory lane multiple times. Busch won this race back in 2016 and is a three-time winner at the Pocono Raceway for his career. Busch has top-five finishes in four of his last six races in this particular race. If looking for a dark horse or a long shot, Busch is your guy this week.