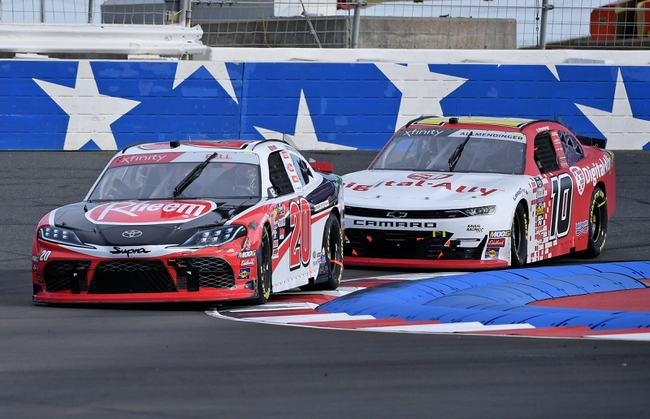 We head to Indiana for the NASCAR Xfinity Series Saturday for the Pennzoil 150.

Last week, we handed out another winner when Chase Briscoe cashed at +250 odds in the Pocono Green 225. We also had the runner-up in Ross Chastain who would have cashed at +880 odds, so we were in terrific shape heading into the final laps. Let’s stay hot during this holiday weekend.

Justin Allgaier, +650 - Justin Allgaier has yet to win a race this season despite five top-10 finishes, so he’s due for a taste of victory lane. Allgaier won the Pennzoil 150 in 2018 and had a runner-up spot last year. Allgaier has finished fifth or better in three of his last four trips at the Indianapolis Motor Speedway. If there was a time for Allgaier to end the drought, it would be this week given his recent history at this track.

Ross Chastain, +2250 - Ross Chastain is another driver who hasn’t had any highlight moments at the Indianapolis Motor Speedway, but he’s in such great form we can’t pass up these odds. Chastain nearly cashed for us last week and made us nine times our money, and he’s finished third or better in each of his last three races. Chastain has top-five finishes in four of his last seven races overall. Chastain has to be included on racing cards this weekend.

Justin Haley, +2750 - Justin Haley is coming off a rough showing at Pocono, but he’s still finished sixth or better in 50 percent of his last 10 races and won in Talladega. Haley has quietly been one of the most consistent drivers for much of this season and is hanging around in the drivers championship. Also, while a lot of these guys have limited success at this track, Haley finished fifth last year in his first and only appearance at the Indianapolis Motor Speedway. Sleeper alert.

Noah Gragson, +1320 - Noah Gragson has cooled off a little bit the last two weeks, but he still has top-five finishes in four of his last six races. Gragson is second in the drivers championship and has finished outside of the top-10 just three times this season. Gragson also finished third last year in this race, his first and only career appearance at the Indianapolis Motor Speedway. Hard to pass up Gragson at this price.