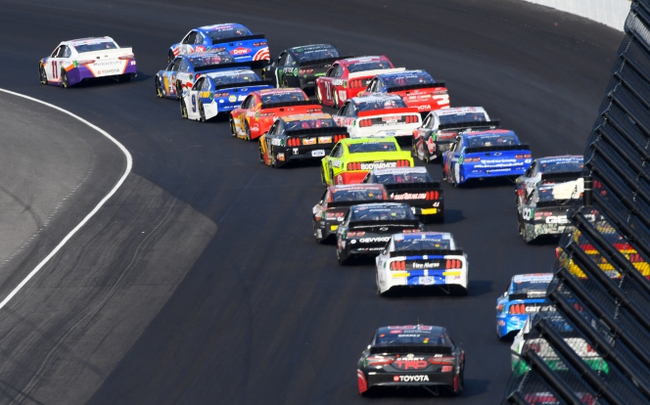 We head to the Bristol Motor Speedway Wednesday for the NASCAR All-Star Race in the 2020 NASCAR Cup Series.

This is a quick pitstop in the season before we gear up for Texas and the O'Reilly Auto Parts 500 this weekend. While this race won’t impact the Drivers Championship, it’s still a chance to make some money.

Here are five drivers to consider throwing on Wednesday’s card.

Kevin Harvick, +330 - There’s not a lot of meat on the bone here, but Kevin Harvick is averaging a second place finish in his last four races. It’s hard to step in front of that form, and Harvick has always had strong showings at Bristol throughout his career, and he’s won this event twice, including the 2018 event. You won’t get rich with these odds, but Harvick is driving too well to not be included this week.

Denny Hamlin, +660 - Denny Hamlin is due to snap out of his funk after back-to-back forgettable performances and he’s had great success at Bristol over his career. Hamlin won this race in 2015 and averaged a third place finish in his two Bristol races last year. Hamlin has top-five finishes in five of his last 10 appearances at the Bristol Motor Speedway.

Kurt Busch, +2450 - Kurt Busch is a driver who has been crazy consistent this season despite no victories and that trend leads me to putting him on the card probably more times than I should. Busch is coming off a top-five finish in Kentucky and has 10 top-10 finishes this season. Busch won the 2018 Bass Pro Shops NRA Night Race and is averaging a 4.75 finish in his last four trips at the Bristol Motor Speedway. Busch is a strong value play if you’re tired of chasing the same names with lesser odds each week.

Brad Keselowski, +875 - Brad Keselowski has finished in the top-10 in 10 of his last 12 races and one of those was a victory in Bristol. Keselowski is averaging a second place finish in his last two trips in Bristol and has three victories at this track overall in the Cup Series. Keselowski has the track record here and his odds provide a little more juice for the squeeze than some of the other usuals at the top.

Jimmie Johnson, +3300 - I’ll continue to try to find ways to put Jimmie Johnson on the card with this being his last season and me wanting to see one more victory. Johnson is the all-time winner at this event with four victories, and he finished third in his previous Bristol trip earlier this year. Johnson also has top-10 finishes in nine of his last 12 trips at the Bristol Motor Speedway overall. Maybe this is the week?