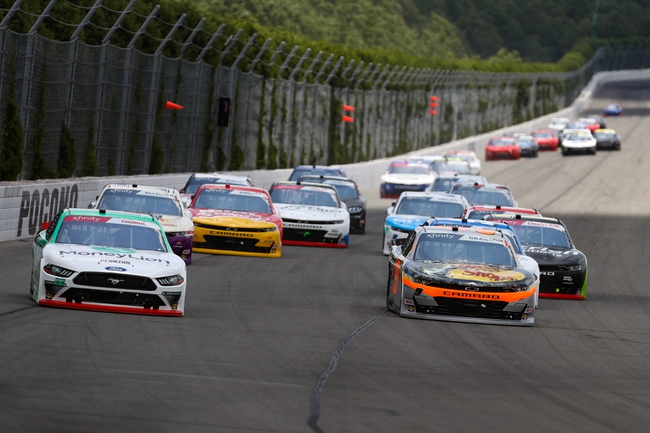 We head to Texas for the NASCAR Xfinity Series Saturday afternoon for the My Bariatric Solutions 300.

Kyle Busch, -130 - I’ve said many times that laying juice in auto racing is rarely a good idea with so many other options out there, but Kyle Busch has won five of his last 10 Xfinity races. Busch is averaging a second place finish in his three Xfinity appearances this year alone. Busch has won this race six times in his career, which includes a victory last season. You can’t put a card together without including Busch this weekend.

Justin Haley, +5000 - Justin Haley has finished third or better in three of his last five races, which includes averaging a fourth place finish in his last three events overall. Haley finished seventh in this race last year and also has a victory in the 2018 Vankor 350, so he’s no stranger to success in Texas. Haley and these odds may be the best value on the board.

Chase Briscoe, +600 - Chase Briscoe has won two of the last four Xfinity races and is averaging a second place finish in each of his last four races overall. Briscoe has finished fourth or better in five of his last six races in the Xfinity Series. Briscoe also finished fourth in this race last year and has a pair of top-five finishes in two appearances at the Texas Motor Speedway in the Truck Series. You can’t go wrong with Briscoe and a chance to make six times your money.