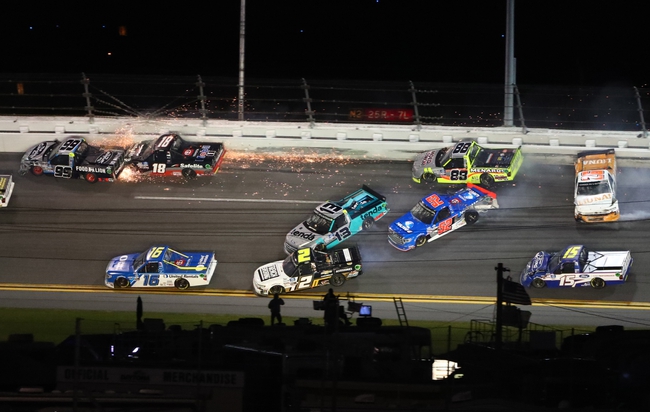 We head to Texas on Saturday for the Vankor 350 in the NASCAR Gander RV & Outdoors Truck Series.

Kyle Busch, -140 - I’ll continue to say it, laying juice in auto racing usually isn’t the best idea and it’s not going to make you rich, but if you’re interested in landing a winner, Kyle Busch is your best bet. Despite racing twice in one day, Busch has won nine of his last 12 races in the Truck Series, which includes victories in two of his four tries this year. Busch is also the defending champion at this race and has won it four times in his career. Hard not to bet Busch for this race despite no plus money.

Justin Haley, +1400 - Justin Haley is another guy who will be doing double duty on Saturday, and he’ll also be making his Truck Series debut for the year. With that said, Haley is averaging a fifth place finish in four career Texas trips in the Truck Series, which includes a victory in the 2018 Vankor 350. Haley and these odds may be the best value bet on the board.

Johnny Sauter, +1800 - Johnny Sauter has put together top-five finishes in two of his last three Truck Series appearances, and he’s a two-time winner of this event as well. Sauter has a long successful history at Texas and has finished third or better in six of his last 10 trips at the Texas Motor Speedway overall. Can’t go wrong with Sauter and these odds.

Austin Hill, +750 - Austin Hill doesn’t have the history at Texas like some of the other drivers do, but he does have top-10 finishes in eight straight Truck Series races. Hill is also averaging a finish of fourth place in his last four Truck Series races. It’s only a matter of time before Hill wins his first race of the season.

Ben Rhodes, +2500 - Ben Rhodes has a couple of top-five finishes at the Texas Motor Speedway, which includes a runner-up spot in 2018 at this race. Rhodes is coming off a runner-up finish in Kentucky and has now finished fifth or better in three of his last six Truck Series races overall. It’s been a while since Rhodes has tasted victory lane, but he’s currently third in the drivers championship standings and he’s far too consistent to turn down with a chance to make 25 times your money.