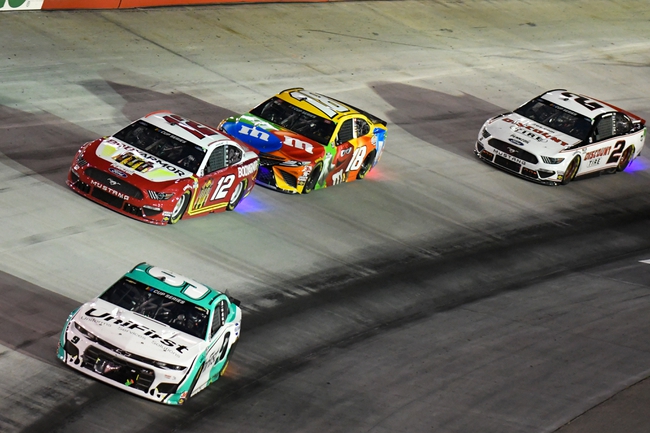 We head to the Texas Motor Speedway Sunday for the O'Reilly Auto Parts 500 in the 2020 NASCAR Cup Series.

Kyle Busch, +600 - Kyle Busch may be running himself into the ground after driving the Xfinity and Truck Series on Saturday, but his history at Texas really needs no explanation, as he’s won multiple times at this track at all levels. Busch has won this particular race three times, including two of the last four years. Busch has finished seventh or better in nine of his last 14 trips at the Texas Motor Speedway in the Cup Series. We’re backing Busch in all three races this weekend.

Jimmie Johnson, +2800 - Jimmie Johnson hasn’t had a top-10 finish since Virginia, so maybe I’m grasping at straws at this point by putting him on the card and hoping for one more victory before he calls it quits. However, Johnson is a two-time winner of this event and has finished fifth or better in four of the last five years. Johnson has seven Cup Series victories at the Texas Motor Speedway. You can do worse with Johnson and these odds.

Joey Logano, +1000 - Joey Logano is another guy who has been a bit of an afterthought lately, finishing 10th or worse in each of his last six races. The good news if there’s going to be a bounce back week, it would be here considering Logano won this race in 2014 and has finished seventh or better in eight of his last 10 trips at the Texas Motor Speedway. Consistency is king, and Logano usually does some of his best work on this track.

Denny Hamlin, +650 - Denny Hamlin is due for a bounce back showing with him finishing outside of the top-10 in his last two races since his Pocono victory. Hamlin is the defending champion of this race and also won the 2010 AAA Texas 500. Hamlin also has a knack for winning after subpar showings, so don’t let the shaky form the last couple of weeks turn you off.

Aric Almirola, +1600 - Aric Almirola hasn’t gotten a ton of press because he has yet to taste victory lane, but he’s one of the hotter drivers in the field right now with six straight top-10 finishes. It won’t be long before Almirola gets his first victory in a couple of years. Expect Almirola to build on this form given that he’s averaging a finish of 5.6 in his last three trips at the Texas Motor Speedway. Almirola and a chance to make 16 times your money is some of the best value for Sunday’s race.