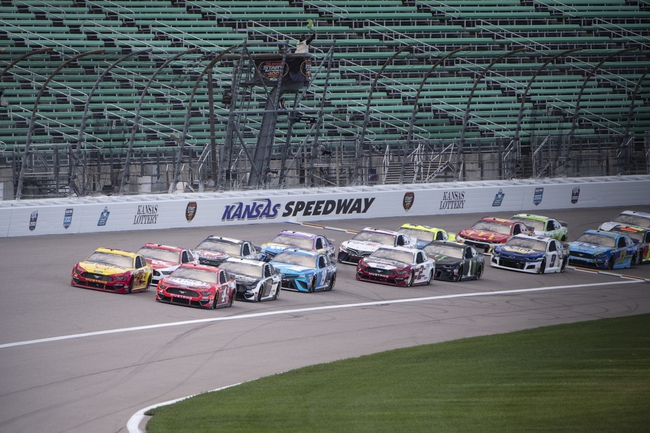 We make our only trip to New Hampshire Sunday for the Foxwoods Resort Casino 301 in the 2020 NASCAR Cup Series.

Kevin Harvick, +400 - Kevin Harvick has been easily the best driver as of late with six straight top-five finishes, and he’s produced two wins during that stretch. Harvick is the two-time defending champion at this race and has won three of his lat five appearances at the New Hampshire Motor Speedway overall. I love chasing bigger payouts in these type of articles, but there’s no way you can’t have Harvick on your card this weekend.

Denny Hamlin, +500 - Denny Hamlin is another favorite this week but somebody you should strongly consider. Hamlin is coming off a win in Kansas and is a two-time winner of this race with three Cup Series victories at the New Hampshire Motor Speedway overall. Hamlin finished runner-up at this race last year, which means two of his last three tries at this race have produced top-two finishes. A solid chance here to make five times your money.

Kurt Busch, +2500 - If looking for a bigger payout, you can try your luck with Kurt Busch getting his first win of the season. Busch could easily have a few wins with a bounce here or a bounce there, and he’s back in solid form with him averaging a finish of 7.3 in his last three races. Busch is a two-time winner of this event and has top-10 finishes in four of his last eight trips at the New Hampshire Motor Speedway. This is a decent value play if you’re tried of playing the same names every week.

Brad Keselowski, +1200 - Brad Keselowski is coming off a runner-up finish in Kansas and now has four straight top-10 finishes. You should like Keselowski to stay in solid form considering he won this race in 2014 and has finished seventh or better in five of his last 10 trips at the New Hampshire Motor Speedway overall. Keselowski also has a pair of victories at this track in the Xfinity Series. One could argue Keselowski is the best value play on the board this weekend.

Aric Almirola, +2800 - Outside of a third place finish in 2018, Aric Almirola has zero success in New Hampshire. We’re taking a serious shot in the dark by including him on this card. However, Almirola has eight straight top-10 finishes, averaging a finish of 5.3 during that stretch. Sometimes you throw history out the window and just ride the hot hand hopefully it eventually cashes. Let’s do this.