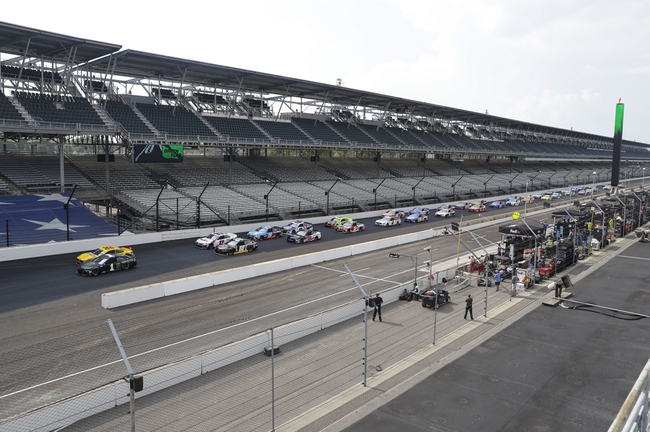 We make a trip to Michigan for the FireKeepers Casino 400 in the 2020 NASCAR Cup Series.

Joey Logano, +700 - Joey Logano looks to be regaining his form, as he has top-five finishes in two of his last three races and top-10 finishes in three of his last five races as well. Logano is the defending champion at the FireKeepers Casino 400 and has won this race twice in his career. Logano has finished seventh or better in seven of his last 11 appearances at the Michigan International Speedway. Expect another solid showing from Logano this weekend.

Kurt Busch, +2500 - Sometimes it feels like we’re throwing money in the fireplace when betting on Kurt Busch, but he has great history at this track. Busch has not only won this race twice, but he finished runner-up here last year and had a third place finish in 2018. Busch has finished sixth or better in three of his last four trips at the Michigan International Speedway. There’s some great value in Busch this weekend, as he looks for his first win of the year.

Denny Hamlin, +600 - Denny Hamlin is averaging a finish of 1.5 in his last two races, and he now returns to a race he’s won twice in his career. Hamlin was also runner-up in his last trip to Michigan in the 2019 Consumers Energy 400, and he has two wins at the Michigan International Speedway in the Xfinity Series. Hamlin checks a lot of the boxes this week in terms of current form and history, making him pretty much a must play.

Martin Truex Jr., +800 - Martin Truex Jr. has finally broken out of that slump and has put together top-three finishes in three of his last four races, looking like the driver he was last season. Expect the hot streak to continue, as Truex averaged a finish of 3.5 in his two trips to Michigan last year and has finished sixth or better in four of his last six trips overall. Truex doesn’t have a Michigan win in the Cup Series, but his form and close history over the years indicates that could change soon.

Kyle Busch, +1000 - It’s been a while since Kyle Busch has gone this long in a season without a victory and we’re also not used to getting him at these prices. Busch has never won this particular race, but he’s averaging a finish of 4.5 in his last four trips at the Michigan International Speedway and has top-10 finishes in six straight appearances. Busch also won the 2011 Pure Michigan 400. This could be the week for Busch to end the drought.