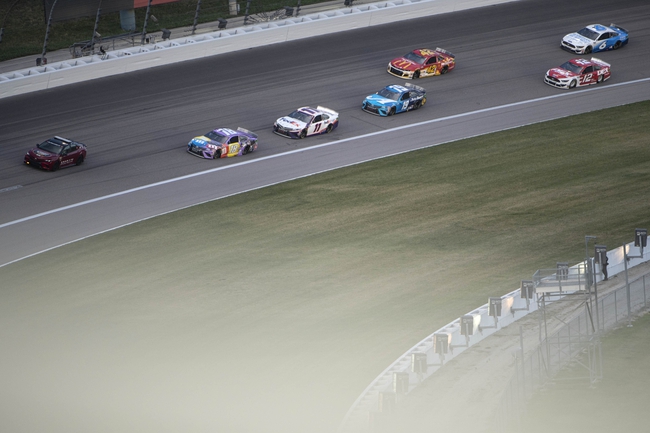 Kyle Busch, +600 - Kyle Busch is running out of chances to lockup his spot in the playoffs, and it’s been a while since he’s gone this long in the season without a victory. The good news for Busch is he’s coming off back-to-back top-five finishes and has finished third or better in three of his last nine appearances at the Daytona International Speedway. It just feels like Busch is going to end the drought soon and I want to profit when he does.

Joey Logano, +1600 - If you’re looking for a value bet this weekend, Joey Logano is worth a look. Logano has finished eighth or better in four of his last five races and is averaging a 5.6 place finish in his last three races. Logano also has some history in Daytona, finishing sixth or better in six of his last 11 trips, which includes a win in the 2015 Daytona 500. Logano shouldn’t be overlooked this weekend.

Martin Truex Jr., +450 - Martin Truex Jr. hasn’t had a ton of success at Daytona, but his form makes him a must play. Truex has finished third in each of his last four races and third or better in five of his last six races. And while he hasn’t won at this track in the Cup Series, Truex was a runner-up in the 2016 Daytona 500 and 2018 Coke Zero Sugar 400. Truex is running too hot right now to pass up.

Ryan Blaney, +800 - Ryan Blaney has been in a bit of a funk lately, finishing 20th or worse in three of his last four races, but he returns to a track he enjoys. Blaney was runner-up in this years Daytona 500, and was also runner-up in the 2017 Daytona 500. Blaney has finished seventh or better in three of his last seven trips at the Daytona International Speedway. Expect a solid run from Blaney this weekend.

Aric Almirola, +5000 - Auto racing betting can get tiresome at times, as you often run into the same names each week and sometimes the value just isn’t there. I try to throw a couple of dark horses on each article to mix things up, and we have Aric Almirola this week at these monster odds. Almirola has top-10 finishes in 10 of his last 11 races, and that consistency alone makes him worth a look at this price. Almirola also won the 2014 Coke Zero 400 and was a fourth place finish in the 2017 Daytona 500, so he has some history here as well. A nice shot in the dark to spice things up on Sunday.