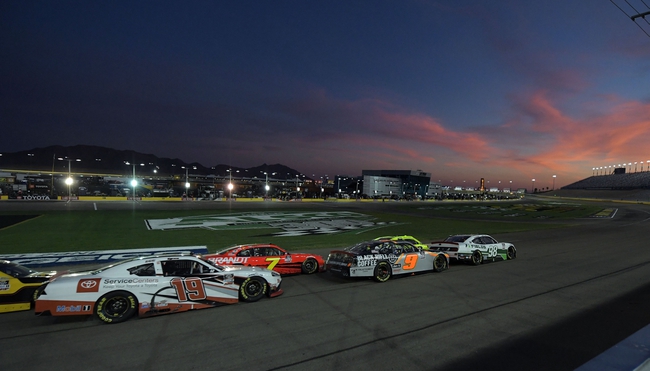 We head to Alabama for the NASCAR Xfinity Series Saturday afternoon for the Ag-Pro 300.

Chase Briscoe, +1000 - Chase Briscoe doesn’t have a lot of experience at the Talladega Superspeedway and doesn’t have a whole lot of success at this track in his few appearances. However, we’re getting the hottest driver in the field with a chance to make 10 times our money. Briscoe has won each of the last two Xfinity races and three of the last seven races overall. Not much left to say here. Briscoe is a must play this weekend despite the lack of success or reps at this track.

Justin Allgaier, +1500 - Justin Allgaier may be the best value bet on the board this weekend, as he has some success in Talladega with a few top-five finishes and a runner-up finish in the 2016 Unhinged 300. Allgaier has also been one of the more consistent drivers as of late, which includes wins in two of his last four races and top-five finishes in each of his last four tries. Allgaier checks a lot of boxes this week and a chance to make 15 times your money is even sweeter.

Justin Haley, +500 - Justin Haley has finished 10th or worse in three of his last five races, but he has a track record in Talladega. In two appearances at this track in the Xfinity Series, Haley is averaging a fourth place finish, and that includes a victory in this years Unhinged 300. Haley also won the 2017 General Tire 200 at the Talladega Superspeedway in the ARCA Racing Series. Haley clearly enjoys this track.

Noah Gragson, +1200 - Noah Gragson has top-10 finishes in two of his three trips at the Talladega Superspeedway, which includes a fourth place finish back in 2018. Gragson also has top-10 finishes in nine of his last 10 races overall and is coming off a runner-up finish at the Alsco 300. Consistency is big with me and it doesn’t get a whole lot better than Gragson. These odds are hard to pass up with Gragson and him constantly pushing the rest of the leaderboard.

Austin Cindric, +1000 - Austin Cindric is a driver who is just as trustworthy as some of the bigger favorites and provides a little more bang for the buck. With five victories this season, Cindric is currently second in the standings and has some history at Talladega. Cindric finished fourth in the earlier trip at this track and is averaging a 4.5 place finish in his last two trips. Instead of backing Ross Chastain or AJ Allmendinger for the cheaper prices, I’ll take a shot with Cindric with more meat on the bone.