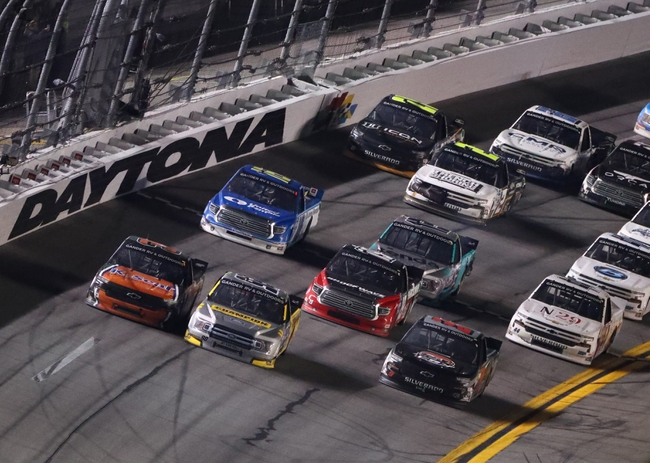 We head to Alabama on Saturday for the Chevrolet Silverado 250 in the NASCAR Gander RV & Outdoors Truck Series.

Austin Hill, +700 - Austin Hill is coming off an impressive showing where he won Las Vegas, and he’s now finished eighth or better in six of his last seven races. Hill has some success in a few trips at the Talladega Superspeedway, and that includes an average of an eighth place finish in his last two appearances. Hill will be in the running this weekend and these odds are good enough to consider a play.

Brett Moffitt, +800 - Brett Moffitt has top-five finishes in five of his last seven races and has done a wonderful job this season of not stringing together back-to-back rough performances. Moffitt finished fourth in this race last season and had a fifth place finish earlier this year in the Unhinged 300 in Talladega. Moffitt has a chance to get his first victory of the year.

Tanner Gray, +2800 - Tanner Gray doesn’t have any experience in Talladega outside of one appearance in the General Tire 200 in the ARCA Racing Series, so he’s coming here blind a bit. However, these are big odds for Gray who is coming off back-to-back third place finishes and has top-five finishes in four of his last nine races. While time is running out this season, Gray is knocking on the door for his first career victory and these monster sized odds are worth a few dollars.

Matt Crafton, +2200 - Matt Crafton has never won in Talladega, but few drivers in this field have the experience at this track that he does, and he’s finished inside the top-10 in two of his last three trips. Crafton has also in pretty decent form at the moment, averaging a seventh place finish in his last three races. If you’re looking for a bigger potential payout, Crafton and these odds are worth consideration.