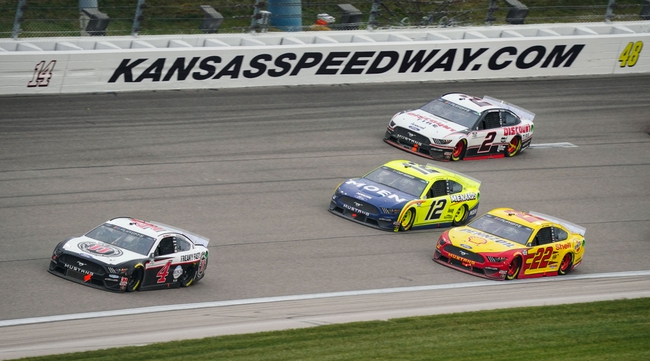 We make a trip to Texas for the Autotrader EchoPark Automotive 500 in the 2020 NASCAR Cup Series, the second race in the round of 8 playoffs.

Last week we produced a winner with Joey Logano cashing at +1200 odds, and four of our five drivers overall finished inside the top-10. We’re getting hot coming down toward the end of the season.

Kevin Harvick, +275 - Kevin Harvick has either won or finished runner-up in four of his last nine races and now returns to a course that he’s dominated over the years. Harvick is the three-time defending champion at this race, and he’s finished no worse than eighth in each of his last eight trips at the Texas Motor Speedway. The history speaks for itself here. You’re not going to get rich with Harvick, but you have to include him on this weekend’s card.

Denny Hamlin, +475 - Denny Hamlin doesn’t string together many bad finishes, so I expect a strong result after back-to-back 15 place finishes. Hamlin has had some recent issues in Texas the last couple of years, but he did win the 2019 O'Reilly Auto Parts 500 and won this race back in 2010. This is simply riding the trend of Hamlin bouncing back after a couple of forgettable finishes all year long.

Martin Truex Jr., +1000 - Martin Truex Jr. has top-10 finishes in 13 of his last 17 races, and while none of those have produced a win, you have to be confident in that consistency. Eventually Truex will find victory lane and you can expect another strong showing this week. Truex has finished in the top-10 in his last five appearances at this race and is averaging a finish of 5.6 during that stretch. Things have to break for Truex at some point.

Joey Logano, +600 - We’ve hit on Joey Logano a couple of times this season and he cashed a big winner for us last week. It’s only right we double dip considering Logano is enjoying his best stretch of the season, finishing runner-up and winning in his last two races. Logano finished third in his previous Texas race this year and has finished no worse than seventh in his last four appearances at this race. Finishing seventh or better in eight of his last nine trips overall at the Texas Motor Speedway, Logano has a chance to win back-to-back Cup Series races for the first time since 2015.

Jimmie Johnson, +5000 - This is probably a throwaway pick considering Jimmie Johnson hasn’t finished in the top-10 since Drydene 311 back in late August. However, Johnson has had a great deal of success in Texas, which includes four wins in a row in this particular race and being the all-time winner with five victories. Johnson has seven Cup Series victories at the Texas Motor Speedway for his career. I’ve been pulling for Johnson to get more victory before he hangs it up. This is probably Johnson’s best remaining chance on paper.