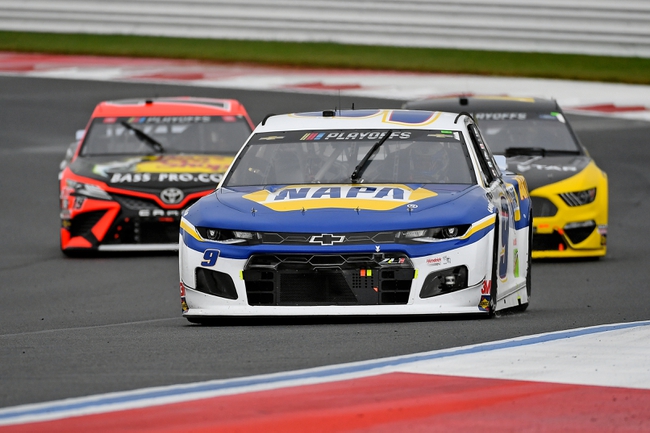 We make a trip to Virginia for the Xfinity 500 in the 2020 NASCAR Cup Series, the last race before the Championship 4.

Denny Hamlin, +600 - Denny Hamlin has had this weird thing this season where he wins a race and then disappears for a bit before winning again. Hamlin is due this week after some subpar showings since Alabama. Hamlin has won this race twice and is a five-time winner at the Martinsville Speedway overall. Hamlin has finished seventh or better in seven of his last 11 trips at this track.

Martin Truex Jr., +325 - Martin Truex Jr. continues to pile up the top-10 finishes and is coming off a runner-up spot last week. The only race Truex won this year came at the Martinsville Speedway, and he’s actually won his last two trips here. Truex has finished no worse than eighth in his last six appearances in Virginia overall. Nothing more needs to be said. Truex is the guy to beat this weekend.

Joey Logano, +750 - Joey Logano has been one of the better drivers over the last month, and he has top-10 finishes in 11 of his last 15 races. Logano won this race back in 2018, he finished fourth in this years previous trip at the Martinsville Speedway, and he’s finished ninth or better in six of his last eight appearances overall. There’s enough here to think Logano can push for his fourth win of the season.

Ryan Blaney, +750 - Ryan Blaney is finishing the season strong, which includes averaging a finish of 5.3 in his last three races. Blaney finished runner-up in the previous race this year at the Martinsville Speedway, and he has top-five finishes in four of his last five trips overall. Blaney also has some strong showings at this track in the Truck Series. Blaney is a strong contender to win this week.

Jimmie Johnson, +3300 - We’re quickly realizing that Jimmie Johnson likely isn’t going to win another race before he hangs it up, as you have to go back to the Drydene 311 the last time he had a top-10 finish. Still, I’m going to sprinkle something on Johnson and these odds just for rooting interest. With that said, Johnson has won this race six times and at one point absolutely dominated the Martinsville Speedway. Just saying…