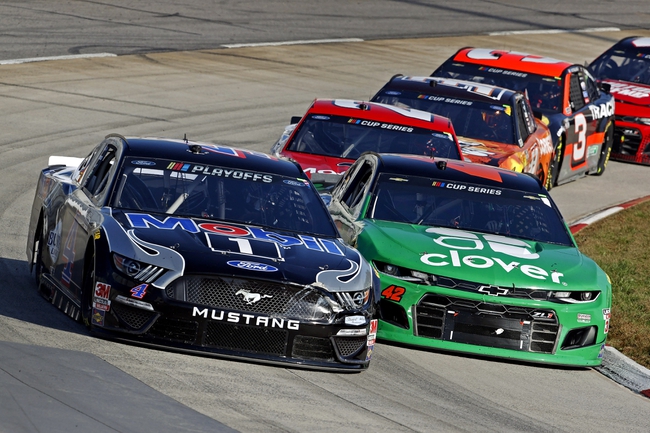 We make a trip to Arizona for the Season Finale 500 in the 2020 NASCAR Cup Series in the Championship 4, the last race of the season.

Kevin Harvick, +450 - Kevin Harvick has finished outside of the top-10 in four of his last five races, so there’s reason to be down on him as the season closes out. However, Harvick is a four-time winner of this event, the most of any driver, and he’s finished fifth or better in 12 of his last 14 trips overall at the Phoenix Raceway. Harvick should simply be the favorite this week because of his history here.

Denny Hamlin, +450 - Denny Hamlin has gone four or five races between wins this season, so he’s due for a victory this week with his last win coming in Alabama. Hamlin is also the defending champion at this race and has finished fifth or better in three of his last five trips overall at the Phoenix Raceway. Expect a strong showing from Hamlin.

Kyle Busch, +800 - Kyle Busch has endless history at the Phoenix Raceway with victories here in the Cup Series, Xfinity Series and Truck Series. Busch won this race in 2018 and has finished fourth or better in nine of his last 10 Cup Series appearances here. We haven’t included Busch on these cards often this season, but this is the one race you can’t ignore him. His success here is ridiculous.

Brad Keselowski, +400 - Brad Keselowski doesn’t have a Cup Series win in Phoenix, but he did finish runner-up here in 2018 and has several top-five finishes in other trips. Keselowski is worth including this week simply because he’s the hottest driver over the last month, which includes averaging 4.6 place finish in his last three races. With a chance to win the championship, Keselowski is a dangerous driver this weekend.

Jimmie Johnson, +5000 - It’s the last chance to throw Jimmie Johnson on the card before he hangs it up, so I’m going to do it. Johnson hasn’t had a top-10 finish since Dover and hasn’t won a Phoenix race since the 2009 Checker O'Reilly Auto Parts 500. There’s plenty of reason to not pay Johnson any attention and his chances of a win are highly unlikely. However, just for rooting interest and the last chance to show a great some appreciation for his success and past cashed tickets, I’ll throw him on the card one last time.