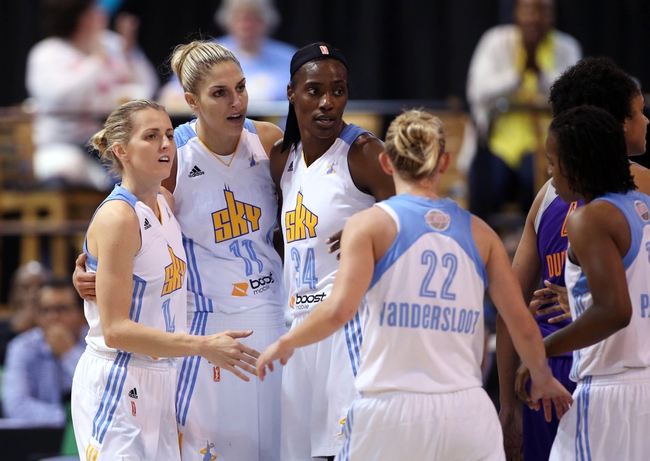 TV: Live Access, The U Too Stream live sports and exclusive originals on ESPN+. Sign up now!

The Seattle Storm and Chicago Sky square off Sunday afternoon at the Allstate Arena.

The Chicago Sky look for a win after winning five of their last seven games. The Chicago Sky are averaging 83.1 points on 44.5 percent shooting and allowing 80.2 points on 43.3 percent shooting. Jessica Breland is averaging 6.7 points and 5.9 rebounds while Clarissa Dos Santos is averaging 5.2 points and 4.8 rebounds. Courtney Vandersloot is dishing six assists and Allie Quigley is dishing 1.7 assists. The Chicago Sky have topped 80 points in four of their last seven games and have won five straight when that’s the case. The Sky still must win in order to lockup the second seed in the East. The Sky are 11-4 SU on their home court and have won four of their last six.

Seattle is a different team than it was in the first half of the season, and the Storm have actually beaten the Sky in four of the last six meetings. Sure, the Sky should win, but this is far too many points to give up here.