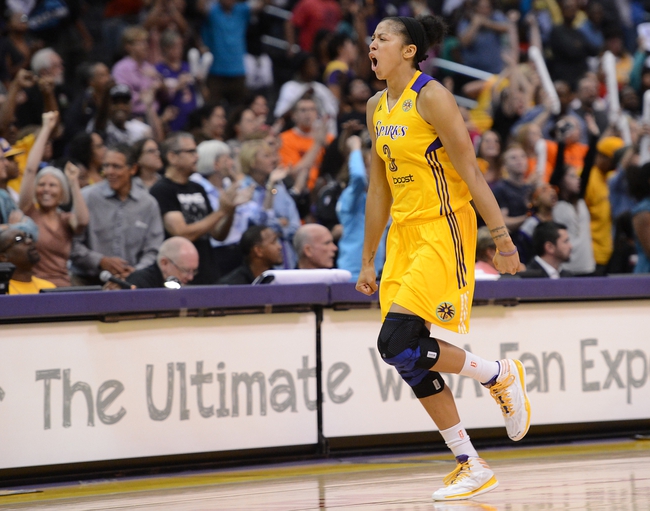 The Tulsa Shock and Los Angeles Sparks square off Sunday afternoon at the Staples Center.

The Tulsa Shock look for a win to build on their six-game winning streak. The Tulsa Shock are averaging 77.6 points on 38.6 percent shooting and allowing 76.7 points on 44 percent shooting. Riquna Williams is averaging 16.1 points and 3.6 rebounds while Odyssey Sims is averaging 14.4 points and 3.6 rebounds. Plenette Pierson is dishing two assists and Karima Christmas is grabbing 5.1 rebounds. The Tulsa Shock have allowed 70 or less points in four of their last five games and are 9-1 SU when that’s the case this season. The Shock still have a shot at the second seed in the West. The Shock are 6-9 SU on the road and have lost five of their last seven.

The home team has won all four meetings this season. However, two of the games have been decided by 10 or less points and the Shock are playing some of their best ball of the season right now. Hard to ignore this many points with a team so hot.