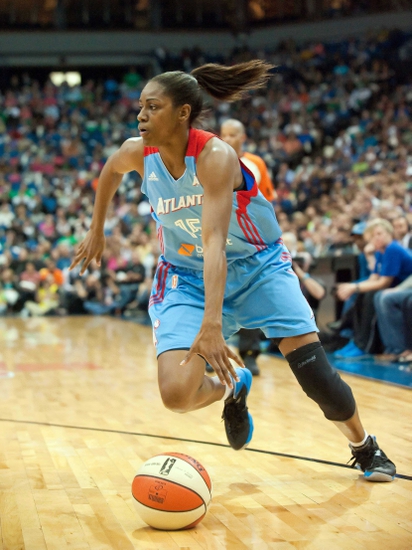 The Washington Mystics and Atlanta Dream meet Sunday afternoon at the Philips Arena.

The Washington Mystics need a win after losing five of their last six games. The Washington Mystics are averaging 74.7 points on 42.7 percent shooting and allowing 71.4 points on 40.3 percent shooting. Ivory Latta is averaging 12.6 points and two rebounds while Stefanie Dolson is averaging 12.2 points and 6.2 rebounds. Emma Meesseman is the third double-digit scorer and Tierra Ruffin-Pratt  is dishing 2.2 assists. The Washington Mystics have scored 71 or less points in four of their last five games, the reason for their losing stretch. The Mystics must win at least one more game to clinch a playoff spot in the East. The Mystics are 6-9 SU on the road and have lost four straight.

The Atlanta Dream look for a win after splitting their last 10 games. The Atlanta Dream are averaging 76.3 points on 40.6 percent shooting and allowing 81.1 points on 44 percent shooting. Angel McCoughtry is averaging 19.8 points and 5.4 rebounds while Tiffany Hayes is averaging 12.1 points and 1.8 assists. Sancho Lyttle is grabbing 8.2 rebounds and Shoni Schimmel is dishing 3.3 assists. The Atlanta Dream have allowed 80-plus points in four of their last five games and are 3-14 SU when that’s the case this season. A loss here eliminates the Dream from playoff contention. The Dream are 7-7 SU on their home court and have split their last eight.

The Mystics have fallen off big time and are having serious issues putting the ball through the net. This pick is more of a fade from the Mystics who have lost four straight on the road.