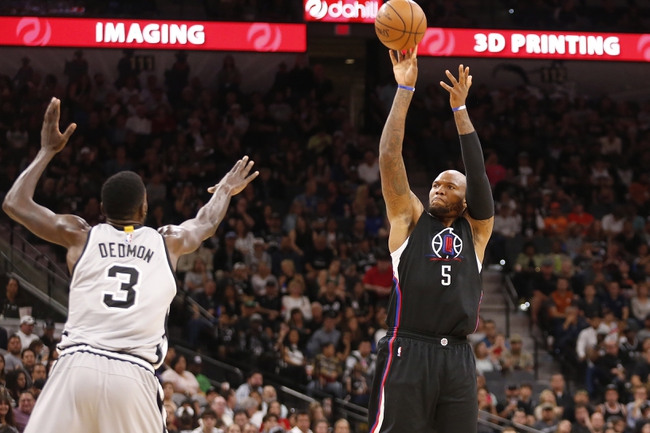 The San Antonio Spurs and Los Angeles Clippers meet Thursday night in NBA action at the Staples Center on TNT.

We said last year that the Clippers may be a better team without Blake Griffin, and in their first game without him this season, they scored 119 points and shot 54.7 percent from the field. There's more room to operate with just one big on the floor and those Clippers shooters are free to let it fly. The Spurs kep finding ways to win, but a lot of recent performances needed comebacks and it's not like San Antonio is beating teams up. I like this Clippers team without Griffin on the court, so in a toss-up game, I'll side with Los Angeles at home.