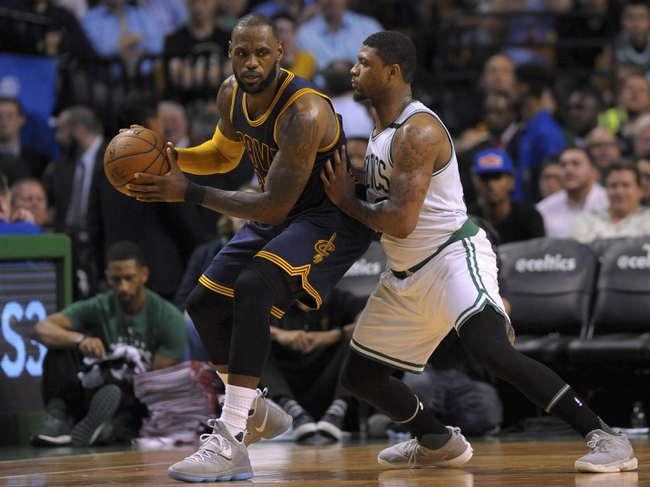 The Boston Celtics aim to level the series against the Cleveland Cavaliers in Game 2 at the TD Garden on Friday.

The Boston Celtics came into Game 1 with all the momentum of winning a seven-game series, followed by winning the first overall pick in the upcoming draft, but they fell flat on their backs as they lost by 117-104. Isaiah Thomas had a double-double of 17 points with 10 assists while Jae Crowder and Avery Bradley led the scoring with 21 points apiece. As a team, the Celtics shot 46 percent from the field and 12 of 38 from the three-point line, but none of that matters as the Celtics came out flat and simply got steamrolled by the Cavaliers. The Celtics will be feeling good that they were able to keep the final score respectable, but the game really was over by halftime as the Celtics were trailing by 61-39.

Meanwhile, the Cleveland Cavaliers say that they weren’t too happy with their performance in Game 1, but they dominated in the first half to remain undefeated in these playoffs. LeBron James had seven of his first eight shots to finish with a game-high 38 points with nine rebounds and seven assists. Kevin Love added a playoff career-high 32 points with 12 rebounds while Tristan Thompson chipped in with 20 points. As a team, the Cavs shot 48 percent from the field and just 11 of 31 from the three-point line, but this win was about the Cavs’ focus as a team as they dominated right from the tipoff and didn’t play down to their opponents like they have in the past.

The Celtics had to come out swinging against the defending champs but they had no answer for LeBron who absolutely toyed with them for the entire game. The Cavs really did dominate the Celtics on both ends of the floor and the final score doesn’t do justice to how one-sided this game really was. I expect the Celtics to make some adjustments but it won’t be enough against this Cavs team who will likely go undefeated all the way to the NBA Finals.