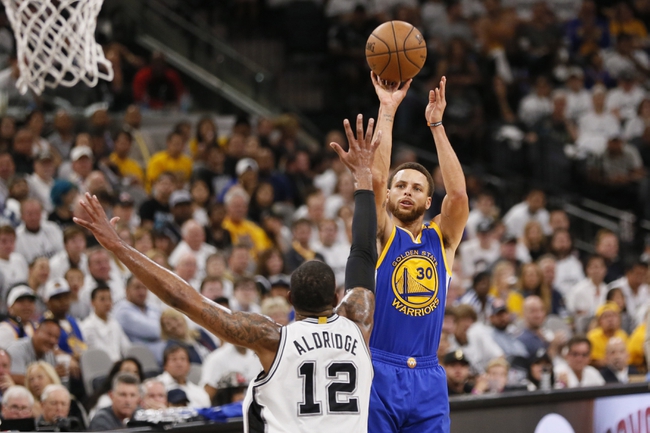 The Golden State Warriors and San Antonio Spurs meet Monday in game four of the NBA Western Conference Finals at the AT&T Center.

I can not lay these type of numbers with the Spurs at home not knowing if Kawhi Leonard is going to play or not. I'm going to assume he's not going to play considering he wasn't good enough to play in game three despite a ton of games off. Regardless, I'm taking the over as a way to avoid the spread. The Warriors have scored a combined 256 points in the last two games, simply torching San Antonio with Kawhi out of the game. But the Spurs shot the ball fairly decent in game three, scoring 108 points despite making just five threes. This total seems low. I don't like the spread, so give me the over.