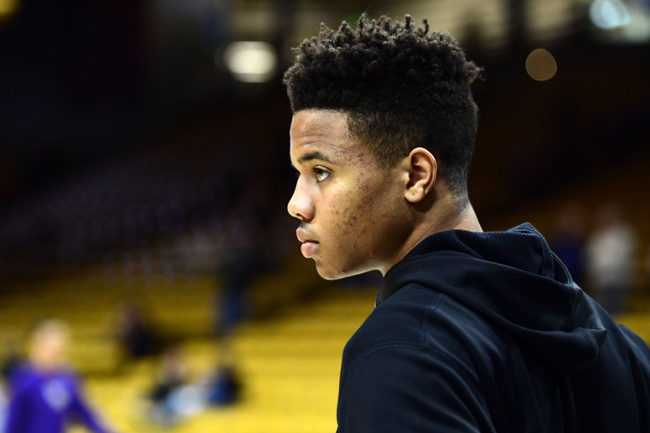 The Boston Celtics are in an unusual spot with the No. 1 pick in the 2017 NBA draft after making the Eastern Conference Finals. Despite getting beatdown by the Cleveland Cavaliers in five games, the Celtics showed they're already one of the top teams in the East, and having the first pick gives them even more leverage to add another building block to inch closer to title contention.

We’re going to hear trade rumors, as the Celtics could flip this pick in a package for possibly Paul George, DeMarcus Cousins or Jimmy Butler. Boston could move back in the draft to add a rotation player while still adding a college prospect. There's a lot of possibilities and different ways to make this team better with this incredibly valuable chip. Assuming the Celtics keep the pick, they’re taking Markelle Fultz out of Washington.

Fultz is an NBA ready point guard at 6’5” with great athleticism, a reliable jumpshot, good ball handling, above-average passing ability and terrific quickness to get his own shot. He's a player who will quickly develop into a go-to scorer and has legit All Star ability. There's some comparisons of James Harden out there, and while that may be big expectations for a young man who struggled to make a difference record wise for the Washington Huskies, Fultz has all of the tools to be the face of a franchise.

With the first overall pick, it's not a matter of need. It's a matter of not missing and making sure you're getting a difference maker. Fultz is somebody who can step on the court right away and instantly make the Celtics a better basketball team. While Lonzo Ball may be the better true point guard, there are questions with his shot and with his overbearing parent, Lavar Ball. I also wouldn't suggest taking a player who refuses to give you a private workout. That’s a clear sign you wants no part of your franchise, and the last thing you want is an Eli Manning situation when trying to build a championship roster.

The Celtics may also need a starting point guard a season from now with Isaiah Thomas becoming an unrestricted free agent. I love IT as much as anybody, as he has great heart and has overcome incredible odds, but he’s still 5’9”, spotty defensively and is easy to trap which leads to being turnover prone. There’s also the hip injury, which can’t be a good thing with a player this small who relies on his quickness to get by. Word is it may require surgery, and that's a serious red flag.

Can you win a title with Thomas as one of your top players? Are the Celtics really committed to backing up the Brinks truck for someone who is always the smallest guy on the court? A team is going to throw max dollars his way, and Boston will have to make the tough decision of letting him walk or matching. That could open up the point guard spot as early as 2018-19, making the Fultz pick even more crucial.

Fultz doesn't fix the Celtics rim protection issues, which have to be addressed for this team to have any chance of being a serious title threat. But he's a polished player with star potential and another building block to getting Boston that much closer. It’s all about slowly putting pieces together and being ready to pounce the moment LeBron James starts to slow down.

If they don't trade the pick, Fulz will be wearing green and gold in a few weeks.

The pick in this article is the opinion of the writer, not a Sports Chat Place site consensus.
Previous Pick
Indiana Fever vs. Seattle Storm - 5/28/17 WNBA Pick, Odds, and Prediction
Next Pick
NBA Mock Draft 2017: Phoenix Suns Will Select Jayson Tatum