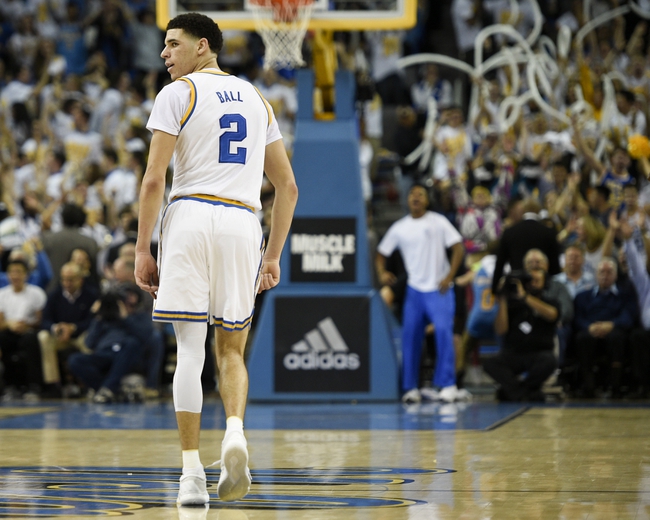 Lonzo Ball and the Los Angeles Lakers seem like a match made in heaven, and I’m not sure how much of it has to do with basketball. Ball is a Cali kid from Chino Hills, has some flashiness to his game and his father, LaVar Ball, just can’t seem to stay out of the headlines. Even if Ball ends up being a bust, people are going to be entertained and watch Lakers games for the drama. Like it or not, this is a business, and the Lakers need reasons for fans to show up while they rebound from a combined 43 wins the last two seasons.

It’s been made clear by LaVar that the Lakers are the prefered destination, and the only other team that's been granted a workout is the Philadelphia 76ers. It would be humbling if LA passed on Ball for De'aaron Fox, but the upside of the UCLA Bruin may be too high to turn down even if his pops seems to have a few loose screws.

Ball has incredible size for a pint guard at 6’6”, and his passing ability is out of this world. It’s been awhile since we’ve seen somebody who sets up his teammates and sees the floor the way Ball does. He makes quick and sharp decisions with the ball and was the main reason UCLA was able to double its win total in one season. His basketball IQ is high for a player his age and he’s a proven leader who just wants to win games and doesn't worry about his stats. Of course, the main concern with Ball is his shot mechanics, as its extremely unnatural and his release may take too long for NBA standards. However, not sure you can argue with somebody who shot 55.1 percent from the field and 41.2 percent from three.

In a league where point guards are looking more and more like two guards, Ball is a true one with the ability to get his own shot and take over offensively when needed. He's the best of both worlds and it has a lot of scouts highly interested in just how good he can become. One comparison that keeps popping up throughout the basketball community is Jason Kidd, a 10-time All Star, future Hall of Famer and one of the best passing guards of all time. The Lakers should be doing backflips if Ball ends up being half the player Kidd was during his lengthy career.

As for where Ball fits on the Lakers, he’d instantly be the best point guard on the team and can make a lot of these promising, young players better. Imagine Brandon Ingram getting more open looks and being hit in his bread basket. Julius Randle becoming a threat in the pick and roll. Heck, Jordan Clarkson would love not having to work so hard for his shot.

The one player this pick would impact the most is current point guard D'Angelo Russell, who has had moments in his two seasons but is a career 40.8 percent shooter at the end of the day. Worst case scenario, Russell is still under team control for three more seasons, so he's a nice trade chip. Best case scenario, Russell moves to shooting guard and becomes a more effective player off the ball. Either way, it feels like we’ve seen enough from him in his current situation to realize it’s probably not going to work.

The Lakers are doing a nice job of adding some talented players and there’s rumblings of Paul George or Russell Westbrook wanting to join the franchise in a year or two. The future seems bright and it may not be long before the purple and gold is relevant for the right reasons.

But first, you need a star point guard in today's game to become a championship contender. Ball has that ability.

It feels like LaVar and his family are going to get their wish.

The pick in this article is the opinion of the writer, not a Sports Chat Place site consensus.
Previous Pick
Indiana Fever vs. Seattle Storm - 5/28/17 WNBA Pick, Odds, and Prediction
Next Pick
NBA Mock Draft 2017: Phoenix Suns Will Select Jayson Tatum