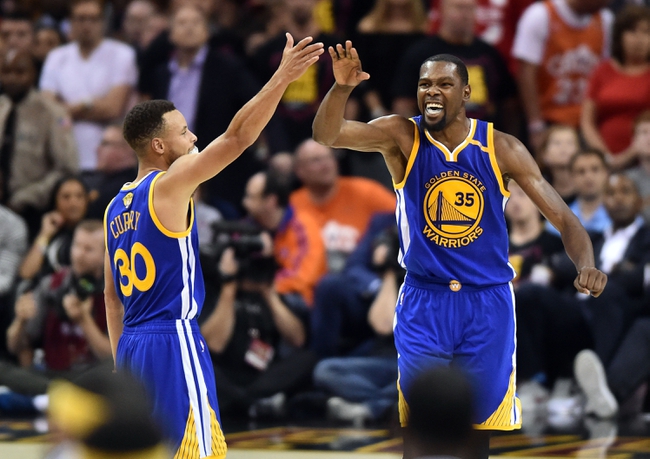 The Golden State Warriors and Cleveland Cavaliers meet Friday in game four of the 2017 NBA Finals at the Quicken Loans Arena on ABC.

The Cavs had their chance to climb back into this series and have a reason to play Friday night, and they fell apart in the final three minutes and didn't even cover a game they controlled for 45 minutes. It's tough to wake up for a game when you blew the last one and are looking at an 0-3 hole. Some say motivation is not getting swept, but I'm not sure the Cavs want to fly back to Cali knowing what will happen in game five in Oracle. The Warriors are easily the better team here and took the Cavs heart in game three. It won't be easy getting up for this one, and that's without mentioning the fact the Warriors see blood in the water with a chance to complete the 16-0 playoff run. As sad as it may be, I think this is the end of the NBA season.

See you guys in a few months!