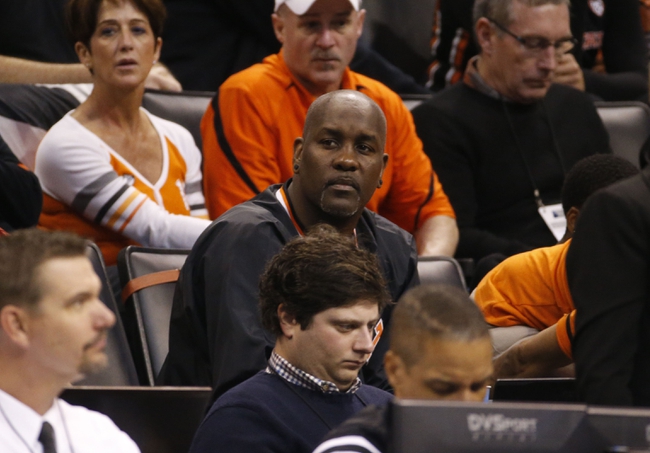 The Ghost Ballers and 3 Headed Monsters meet Sunday in the BIG3 Basketball Tournament at the Barclays Center.

The Ghost Ballers will be coached by George Gervin, a nine-time NBA All Star and somebody who is widely considered a top-50 player of all-time. The Ghost Ballers roster includes Mike Bibby, Ricky Davis, Maurice Evans, Marcus Banks and Ivan Johnson, a team made up of guys all under 40 years old. Banks and Johnson have actively been playing overseas and should be in pretty good shape, while Davis played for the Erie BayHawks back in 2013-14. Evans hasn't played for a team in quite some time and Bibby has shown us he's not in playing shape during his time during the Celebrity games during All Star weekend. Regardless, the Ghost Ballers have some guys who can knockdown the three ball and have two players who should be well conditioned. The Ghost Ballers could surprise some folks.

The 3 Headed Monsters will be coached by Gary Payton, a nine-time NBA All Star, NBA champion and somebody who is one of the top defensive players ever. The 3 Headed Monsters roster includes Rashard Lewis, Jason Williams, Kwame Brown, Eddie Basden and Mahmoud Abdul-Rauf, a team made up with three guys at least 37 years old. Lewis hasn't played since his Miami Heat days, but he should still be a snipe shooter from deep, while we've seen Williams in shape recently (All Star Weekend) and know the passing ability is still there. Brown has been out of the league for a while, but he's only 35 years old and brings size at 6’11”. Abdul-Rauf hasn't played on a team in six years and Basden is the most recent player after playing for Franca Basquetebol Clube in 2013-14. There's potential with this roster if Lewis and Williams can lead the way with their playmaking.

I like the Ghost Ballers in this game because they have a couple of guys who have been actively playing team basketball and should be in great shape. Conditioning could be the deciding factor in this tournament. Davis also has the athleticism to break guys down and get easy buckets. There's some questions with guys on the 3 Headed Monsters, as we don't know what to expect from some of those players. Give me the Ghost Ballers to win this game.