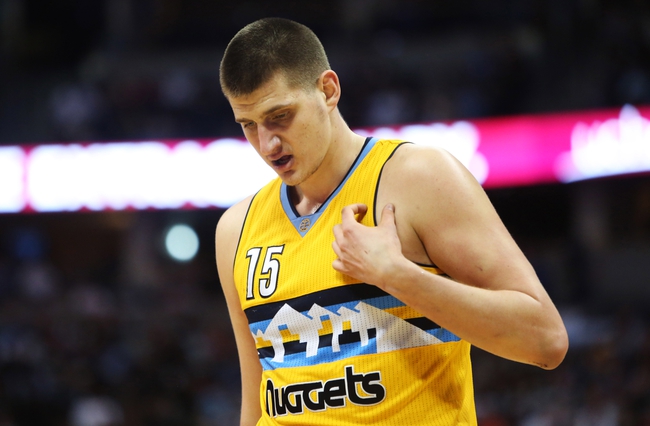 The Denver Nuggets haven’t made the playoffs since the last season George Karl was running the show, but they just missed out last year and seem to be one of those teams on the rise. The Nuggets have a losing record each of the last four years and it’s not easy to hang in the overwhelming Western Conference, but the Nuggets have to like the direction they’re heading.

Will this be the year to end the playoff drought?

Key Player Losses: The Nuggets lost their leading scorer in Danilo Gallinari, who is now with the Los Angeles Clippers after six seasons in Denver in which he produced almost 5,000 points, 1,500 rebounds and 667 assists. Gallinari has certainly had his issues with injuries over the years, but he’s a highly consistent shooter when on the court and was the only player on Denver who averaged two or made threes per game last season. Gallinari has shot a combined 37.8 percent from three the last two seasons.

Key Player Additions: After averaging a career high 18.1 points for the Atlanta Hawks, Paul Millsap comes over to Denver and provides a serious upgrade to the power forward spot. Mills not only makes an impact in the locker room and on the offensive end, but he’ll help take some of the pressure off Nikola Jokic in the rebound department. Trey Lyles comes over from Utah after two seasons in which he shot 40 percent from the field and averaged 3.5 rebounds in under 17 minutes per game.

Draft: Tyler Lydon is a nice stretch four who has good size at 6’9” and plays above-average defense. The Nuggets picked up Lydon in a trade with the Utah Jazz and could use him as a scoring spark off the bench this season often. Monte Morris has good size for a point guard, can hit the open jumper and simply doesn’t turn the ball over. Despite playing 33.8 minutes per game in four seasons for Iowa State, Morris averaged just 1.2 turnovers per game. That’s valuable. Vlatko Cancar will remain overseas for now, but he’s a versatile wing with a reelable jumpshot and could become a stretch big man we’re seeing pop up more and more as this game evolves.

Outlook: The Denver Nuggets missed the playoffs by just one game last season, kept their team intact for the most part and added an all-star power froward in Millsap. Denver is a team to watch this season, especially with Jamal Murray having a full offseason under his belt and Mason Plumlee being more comfortable around his new teammates. The Nuggets have the firepower, the depth and probably the best big in the league in Jokic holding everything together. Even with the West absolutely loaded and teams such as the Minnesota Timberwolves improving as well, I think this is the year the Nuggets sneak into the playoffs. This is a fun, young team that can win some games and turn heads.