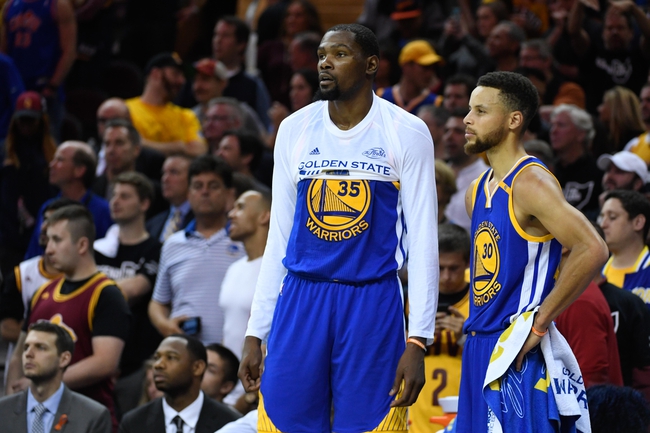 The Golden State Warriors have won two of the last three NBA Finals and enter 2017-18 as the overwhelming favorites to repeat. Nothing else matters but the month of June for the team from Oakland, California, and this franchise has done everything it can to keep those expectations in place. Love them or hate them, the Warriors are the team that everybody else in the league is gunning for.

Key Player Losses: The Warriors kept their championship team intact by extending key players such as Stephen Curry, Kevin Durant and Andre Iguodala, but the cost is likely losing young shooting guard Ian Clark. While he still remains unsigned, Clark has said he would like more than league minimum and has received interest from the Los Angeles Lakers and Minnesota Timberwolves. Clark has turned into a reliable bench player who can probably do more with extended minutes, as he shot 48.7 percent from the field and 37.4 percent from three during the regular season. That would be the only hit the defending champs take.

Key Player Additions: Nick Young decided to leave money and starts on the table to come off the bench for Golden State. Young is known for being an undisciplined player at times, but he did shoot 40.4 percent from three a year ago and will get plenty of open looks playing in this offense. The Warriors also added journeyman Omri Casspi, who is a 36.7 percent shooter from deep for his career and has always been a solid rebounder. Casspi is just more depth on the wings to a team that was already loaded.

Draft: Golden State got an energy spark in Jordan Bell, who plays the game with a ton of passion and does a lot of the little things well. Bell can improve the depth on his shot, but he fights for rebounds, sets his teammates up well and is a great defender with quick hands. Bell is in the perfect situation and is somebody who could earn minutes due to how hard he plays the game and the energy he brings.

Outlook: The Golden State Warriors are once again the team to beat in the NBA and should win another title as long as the starters stay healthy. With Durant, Klay Thompson, Draymond Green and Curry, there’s just too much firepower for teams to keep up for 48 minutes. It takes just a three or four minute stretch for Golden State to burry its opponents. The Warriors are also one of the better defensive teams in the league. There’s just little weakness for the team that stacked the deck. It’s championship or bust for the Warriors as long as this current core remains intact.