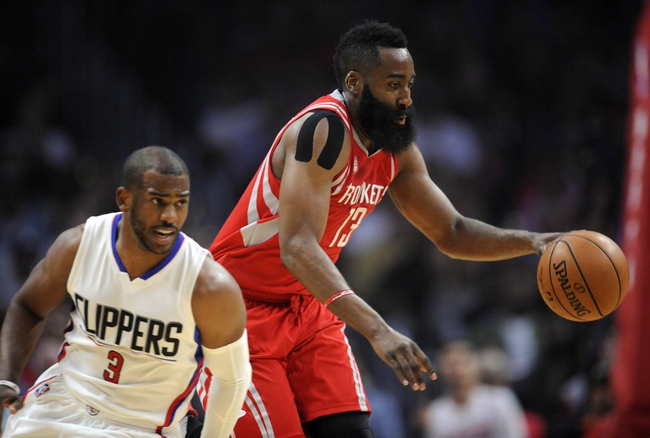 The Houston Rockets have topped 50 wins in three of the last four seasons and seem to be going for an NBA title in the second year under coach Mike D'Antoni. While there’s rumors floating around that Carmelo Anthony will eventually end up in Houston, the Rockets have to like their current roster as is and are one of the few teams that can give the Golden State Warriors a run for their money. Let’s take a look at things before August and a possible trade takes place.

Key Player Losses: The Rockets lost a chunk of their rotation with a trade that sent Lou Williams, Patrick Beverley, Montrezl Harrell and Sam Dekker to the Los Angeles Clippers. Harrell and Dekker are both young players who had their moments in limited playing time, but the loss of Williams and Beverley removes an elite bench scorer and one of the top defensive point guards in the league. While the Rockets may be better off, it’s never easy to replace a quarter of a team in one season.

Key Player Additions: The Rockets landed possibly the best pure point guard in basketball in Chris Paul. CP3 is the ultimate floor general, elite defender and is capable of getting buckets when he needs to step up. If managed right, the Rockets will have one of the best passers/creators on the floor at all times when you add James Harden. P.J. Tucker brings toughness off the bench and is an underrated outside shooter while Luc Mbah a Moute is a lengthy defender who is coming off his second-best shooting season of his career. However, the Rockets offseason was all about getting Paul to join forces with Harden in hopes to taking this franchise to another level.

Draft: Isaiah Hartenstein is a legit seven footer who just turned 19 years old and shot 42.5 percent from three in 2015-16 in Germany. There’s no clue if Hartenstein will in fact play as a rookie for the Rockets this season and there are concerns about back issues, but there’s no doubt he has high upside and could be a steal if everything pans out. After all, the Rockets have some success with international players, right?

Outlook: Right now the Rockets are a legit title contender and those odds increase a little more if they’re able to move Trevor Ariza or Ryan Anderson to clear room for Carmelo. The Rockets will always have one of the top point guards in the league on the court at all times and the rest of the team will get tons of open looks. Add Melo and you’re talking about a scary trio with an underrated center in Clint Capela cleaning up the middle. The Houston Rockets are building something and aren’t hiding the fact they’re going for a title as early as this season. It’s going to be fun seeing CP3 play with Harden, and with or without Melo, the Rockets are one of a few teams that can give the Warriors a scare.