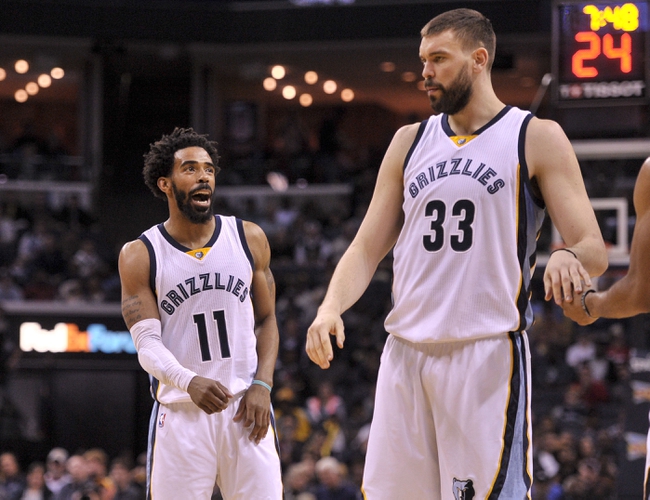 The Memphis Grizzlies held their own in their first season under coach David Fizdale, winning 43 games and competing in the first round of the playoffs. The Grizzlies have made the playoffs in each of the last seven seasons and continue to be that hard-nosed team that plays its tail off, but first round exits four of the last six seasons can be a little tiring. Memphis hopes it can take things to the next level this season.

Key Player Losses: The Grizzlies say goodbye to veterans Zach Randolph and Vince Carter, who both left for the Sacramento Kings. Randolph was the tonesetter for the Grizzlies the last eight years and is actually first in field goals and rebounds in franchise history. Carter spent the last three years with the Grizzlies and is coming off a year in which he shot a healthy 37.8 percent from deep. While still unsigned, it also looks like Tony Allen will have a new team this year as well. Allen is getting up there in age at 35 and has battled injuries, but he’s still an above-average defender and did just average 9.1 points, which is his highest since 2011-12.

Key Player Additions: The Grizzlies add some athleticism at shooting guard with the addition of Ben McLemore, a 24-year-old who is a 35.2 percent shooter from three and has shown flashes of being better than his numbers indicate. We could see another gear now that McLemore is in a more stable situation in Memphis. The Grizz are also taking a stab with Tyreke Evans, a player who has always had the ability to be an above-average player but has battled injuries for much of his career. Evans averaged 16.1 points and shoots 44.4 percent from the field, but he’s played just 65 games the last two years combined. If Evans can stay on the court, this pickup will be a steal for the Grizzlies.

Draft: Ivan Rabb is a lengthy defender who gets after it defensively and has an improved jump shot. Rabb is a physical player who will fit in nicely with the Memphis culture and can be an energy guy off the bench due to his ability to defend multiple positions and hit the open shot. Dillon Brooks is a confident player who doesn’t shy from the big moments and can get hot on the offensive end to the point where he takes over the game. Brooks isn’t the most athletic player and is on the small side for small forward, but his knack for coming through in the clutch and unintimidated attitude can’t be taught.

Outlook: The Grizzlies did a good job of letting some of the older players walk and bringing in younger athletes who can add some energy to the grind house. McLemore could really thrive with leadership from Mike Conley, Marc Gasol and others, being a real difference maker for the this squad. Memphis is well coached, gets the best out of its players and has made the playoffs previously with less talent, so the postseason for an eighth straight year is kind of expected. Of course, the x-factor for this Grizzlies is always the health of Chandler Parsons, as he can make things so much easier if he’s actually healthy and playing to his potential. Either way, I’m a fan of culture and the Grizzlies have it. Fizdale and his team make the playoffs as a seventh seed or better.