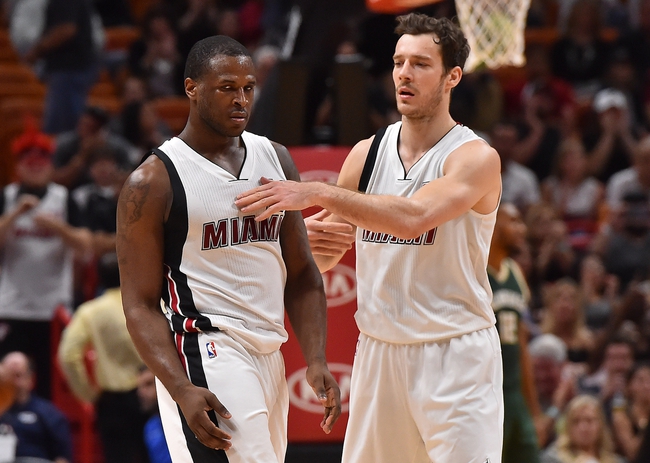 The Miami Heat had an interesting season a year ago, starting off 11-31 and finishing with a 31-11 record in the second half to fall just short of making the playoffs. The question now is which half is the real Heat squad and can they perform at that second half level over the course of 82 games? It looks like we’re about to find out. The good news for Miami is that the Heat haven’t missed the playoffs back-to-back seasons since 2000-2001.

Key Player Losses: Willie Reed was a respectable backup center last season, shooting nearly 57 percent from the field and averaging almost five rebounds in limited minutes. Reed, who has 110 games under his belt, opted out and decided to leave for the Los Angeles Clippers. The Heat also say goodbye to Josh McRoberts, who played in just 81 games in three seasons, proving to be one of the biggest disappointments and fan frustrations in franchise history.

Key Player Additions: The only addition through free agency that the Heat made this offseason was signing former Boston Celtic Kelly Olynyk. While most know Olynyk for breaking Kevin Love’s arm and his monster playoff game against the Washington Wizards last year, he is a career 37 percent shooter from deep and does pass well. Olynyk can thrive in a ball moving offense and gives the Heat another three-point shooter.

Draft: The Heat made a surprising move by drafting Bam Adebayo after some teams didn’t even have him on their first round board. Adebayo averaged 13 points and eight rebounds in one season with the Kentucky Wildcats, but he showed little post moves, no outside range and simply not enough to convince he could play in today’s league. Well, Adebayo thrived in the summer league and was one of the players who turned the most heads, as he has some finesse to his game and is more than just a put-back power dunker. While it's a limited sample size, Adebayo could be better than many of us thought, proving Pat Riley and company knew something we didn’t.

Outlook: While the Heat missed out on Gordon Hayward, they did the right thing by bringing back this team that earned the right to see what they can do in year two playing together. Doin Waiters is coming off his best year yet and showed all-star potential, while the same can be said for James Johnson. Hassan Whiteside continues to come into his own, and there’s a ton of young x-factors in Rodney McGruder, Josh Richardson, Tyler Johnson and Justise Winslow. While I think the verdict is somewhere in the middle when you examine their two bizarre halves from a year ago, this is a fun basketball team that’s well coached under Erik Spoelstra and should have no trouble making the playoffs. In fact, I wouldn’t be surprised if this is a top-four team in the East this season.