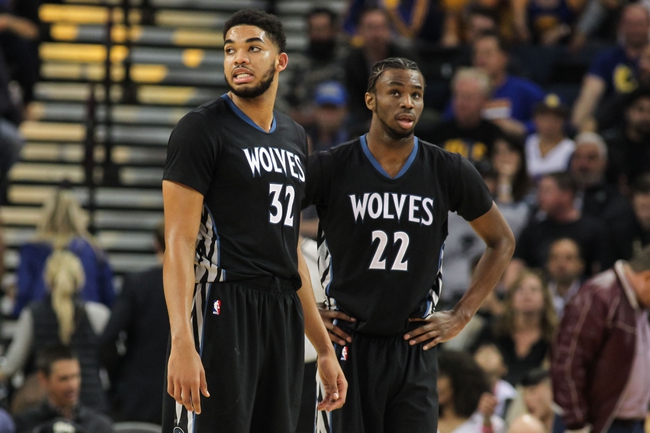 The Minnesota Timberwolves have not made the playoffs since the 2003-04 season and have won a combined 60 games the last two years. However, the Timberwolves have been sitting on a goldmine of talent the last few years and have had a different coach each of the last four years. There’s finally stability in Minnesota with Tom Thibodeau and the kids are slowly starting to become men.

Is this the year the drought ends?

Key Player Losses: Minnesota trades the high-flyer Zach LaVine to the Chicago Bulls after three seasons and 206 games played. LaVine is coming off a serious knee injury, but he did just turn 22 years old and is fresh off his best season yet in which he averaged 19 points and three assists on 45.9 percent shooting. The Timberwolves also say goodbye to point guard Ricky Rubio after six seasons in which he averaged 10.3 points, 8.5 assists and shot 37.5 percent from the field. Kris Dunn is now in Chicago after a rough rookie season that included 37.7 percent shooting from the field and 28.8 percent shooting from deep.

Key Player Additions: The Timberwolves land three-time all-star and one of the top two-way players in the league in Jimmy Butler. The former Chicago Bull is coming off a season in which he averaged 24 points, 6.2 rebounds and 5.5 assists on 45.5 percent shooting, and he’ll help provide leadership as well to this young squad. Jeff Teague will be Minnesota’s new starting point guard after one year in Indiana, and he brings a more consistent offensive game to the table that Rubio didn’t exactly have. Taj Gibson brings toughness and rebounding off the bench, while Jamal Crawford is the ultimate heat check guy who can takeover games at times and is a career 35 percent shooter from three.

Draft: Justin Patton is a legit seven footer who can already impact the game defensively, but he must improve his upper body strength and become more of an aggressive player on the glass with his size and athleticism. There may not be room for Patton his rookie season, but he’s a nice project to take time with and could eventually become a rotation player who can anchor a defense.

Outlook: Minnesota gave Andrew Wiggins and Karl-Anthony Towns the help they need, as Butler drastically improves the starting five and Teague is the more consistent point guard. Throw in an underrated power play such as Gorgui Dieng, and the Timberwolves have a really impressive starting unit that can hold its own against any in the league. I’ve always been a fan of what Gibson brings to the table and Crawford adds a much needed spark off the bench. The Minnesota Timberwolves have put their chips in the middle of the table in hopes of a playoff berth for the first time in forever. I like what this squad is doing and they’ve become one of the top NBA League Pass teams. Congrats, a playoff berth is going to happen.