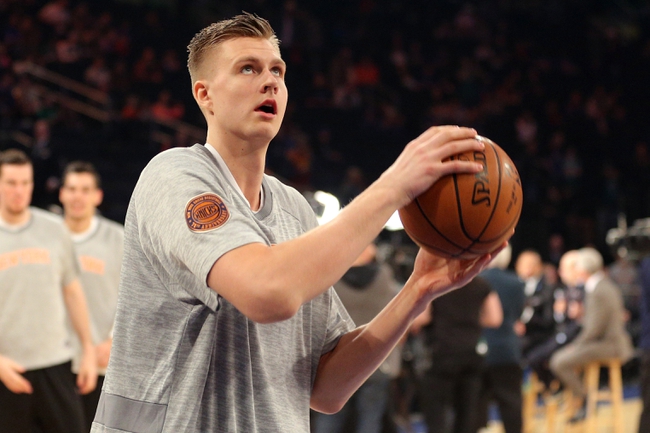 The New York Knicks haven’t made the playoffs since Mike Woodson was head coach and they’ve been the joke of the league for quite some time with the Phil Jackson / Carmelo Anthony mess. With Phil finally gone and Carmelo still in active trade rumors, there’s no telling when the Knicks will actually start making headlines for its actual basketball play. The Knicks have won 37 or less games in five of the last six seasons and those struggles may continue.

Key Player Losses: Derrick Rose leaves for the Cleveland Cavaliers after one season in New York in which he shot 47.1 percent from the field and dished 4.4 assists. Rose has played 60-plus games in back-to-back seasons, and while he’s still not the player he was for Chicago and can’t space the floor with an outside shot, he’s shown glimpses of being a productive player who can help a team win.Justin Holiday returns to Chicago after playing 82 games with the Knicks last year in which he shot 43.3 percent from the field, 35.5 percent from three and snagged 2.7 rebounds.

Key Player Additions: The Knicks brought back Tim Hardaway Jr. on a ridiculous four-year contract after he spent the last two years with the Atlanta Hawks. Hardaway is a 42.7 percent shooter for his career who has made 35.2 percent of his threes and averages 11 points per game. He does have upside, just turned 25 years old and has had games here and there where he’s shown he can takeover games and look like his father. His contract is a big commitment for a team desperate for talent and only time will tell if it pays off.

Draft: The Knicks drafted their point guard of the future in Frank Ntilikina, who has elite size at 6’5”, has a high IQ and is your rare pass-first option who sees the floor well. Ntilikina will take time to adjust after playing overseas and could add some muscle to his frame, but his upside is very high. Damyean Dotson is a shooting guard who improved his range over his college career and is an above-average rebounder for his position. It may be a while before Dotson sees considerable minutes for the Knicks. Ognjen Jaramaz is another point guard with great size and takes care of the ball, but he has to improve his outside shot if he’s going to make an impact at this level. Jaramaz is currently playing in Serbia.

Outlook: I’m not expecting the Knicks to have Carmelo by the time the season starts and I’m not sure it matters with this franchise in rebuild mode and not going anywhere with him. The Knicks have to keep finding talent to put around Kristaps Porzingis, and they have some pieces in Ntilikina, Willy Hernangomez and Ron Baker who have upside. Maybe Hardaway thrives in his new role and shows he’s capable of being a top-two player on a team. While the cupboard isn’t completely bare, there’s just not enough here to make a playoff push even in the watered down East. The Knicks need to keep stacking assets in hopes of hitting a homerun to pair with their unicorn.