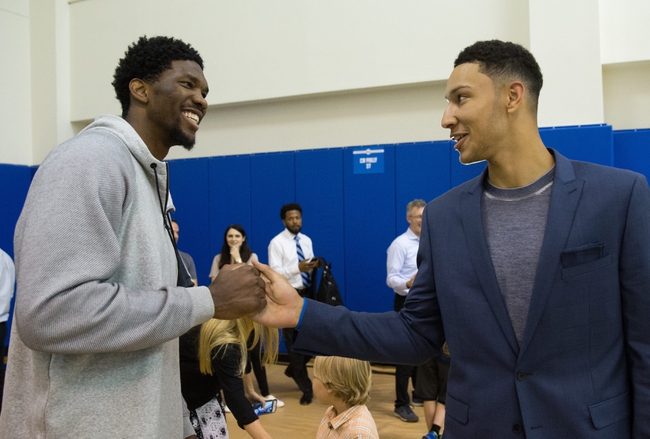 The Philadelphia 76ers are trying to go from being the laughing stock of the league to a fun, winning squad that people can get behind. The 76ers have won 28 or less games each of the last four seasons and haven’t made the playoffs since 2011-12. However, last season this team showed flashes of hope and you can feel optimism in Philly for the first time in what feels like forever. Trust the process may have been a thing after all, eh?

Key Player Losses: The 76ers didn’t lose anybody who is going to be part of the long term success of this franchise, so there are no key player losses. However, Gerald Henderson did have a solid season last year in Philadelphia, averaging 9.2 points and 2.6 rebounds in 72 games played and brought leadership to the young squad. Henderson was waived and will likely sign as a veteran presence for another team at some point.

Key Player Additions: Philly made a splash with the signing of J.J. Redick, who has consistently been one of the top shooters in the league and knocks down 41.5 percent of his threes for his career. Redick instantly becomes the 76ers starting shooting guard and is instant offense coming off of screens. Philly also adds another veteran in Amir Johnson, who isn’t as flashy as Redick, but he does bring toughness, rebounding and can score in the post now and then. Both solid one-year signings that bring leadership and experience to the club while also improving the team this season.

Draft: The 76ers got their man in point guard Markelle Fultz, who has the athleticism, size and scoring ability to make an impact right away as a rookie. Fultz has been compared to everybody from Dwyane Wade to James Harden, and while some are still skeptical based on the lack of success he had in Washington, there’s no question the kid has the talent to be a game changer for this franchise. Jonah Bolden is a 6’10” power forward who can space the floor with his three point shot and contests shots well defensively, but he just signed a three-year deal to play in Israel. Mathias Lessort is an elite athlete at power forward who has an explosive feel to his game, but he’s still very raw offensively and can lack fundamentals defensively. Lessort is a bit of a project who will need time before making an impact on the NBA level.

Outlook: Four of the five starters for the 76ers this season will be 23 years old or younger. This is a team full of babies. Talented babies, but babies nonetheless. It’s going to be fun watching Fultz, Ben Simmons, Dario Saric and Joel Embiid grow up together. Assuming the injury bug doesn’t bite the 76ers yet again, I think there’s enough here to clinch a playoff spot. The 76ers won 28 games last year just off of team play and will alone, but now they have actual talent with their top two players finally healthy and a legit starting point guard. The addition of Redick is also huge given the way he spaces the floor and is capable of dropping 20 a night. This is going to be a fun season in Philadelphia, and I think it leads to a playoff berth.