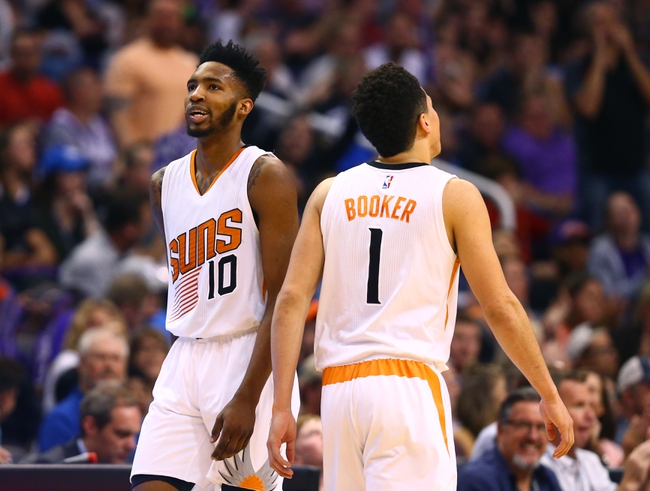 The Phoenix Suns haven’t made the playoffs since 2009-10 and have won a combined 47 games the last two years. Needless to say, it’s been a while since Amar'e Stoudemire and Steve Nash were leading the way, consistently contending in the West and being one of the more exciting teams in the NBA. However, while the struggles have been real, there are some promising building blocks in Phoenix and a turnaround may be right around the corner if it plays its cards right.

Draft: Josh Jackson was one of the more promising players in the draft, as he has elite size and athleticism and is already an above-average defender without stepping onto an NBA court. Jackson still has to improve his shot and his ball handling, but he has the potential to be one of the better forwards in this league rather quickly. Davon Reed is a versatile player who can lineup at shooting guard or small forward and brings energy to the court. It might take time before Reed contributes key minutes, but there’s upside here as well. Alec Peters doesn’t have the size or athleticism, but he dd shoot 48.7 percent from the field and 41.6 percent from three during his four years with Valparaiso. You always have a spot in the league when you can get buckets.

Outlook: The Phoenix Suns are quietly building something with Eric Bledsoe, Devin Booker, Marquese Chriss, Jackson and Tyler Ulis. There’s a lot of talent, youth and potential on this roster and I see the Suns going places if they continue to keep this core together while slowly adding piece by piece. The Suns are going to be an exciting team that scores a lot of points, but maturity and defense remain the issues in terms of reaching that next step. So, playoffs aren’t a realistic goal right now in the West, but Phoenix isn’t that far off as last years record may indicate.