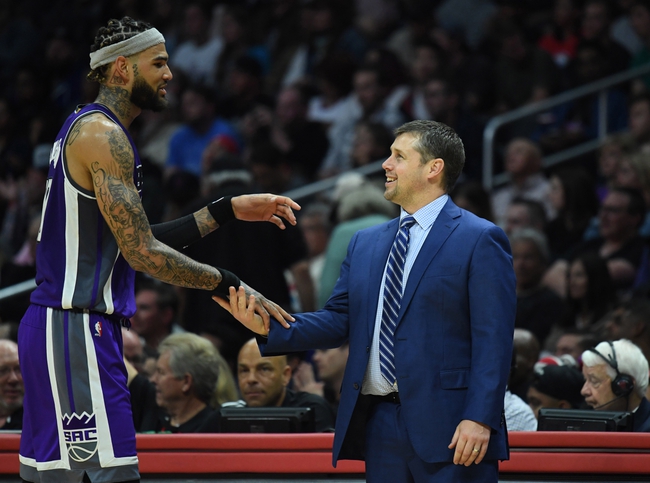 The Sacramento Kings won 32 games in the first season under coach Dave Joerger and are still trying to pickup the pieces after the DeMarcus Cousins trade. The Kings haven’t made the playoffs since the Rick Adelman era, and they’re trying to slowly change the culture of the franchise despite the criticism the front office has received the last couple of years. Still, you have to wonder just howl on the fans of Sacramento can be told to wait before a season with promise actually arrives.

Key Player Losses: The Kings watched a lot of contributors leave starting with Rudy Gay, who was second on the team last year with 18.7 points and 6.3 rebounds. Gay had his issues staying healthy, but he’s a highly underrated player when on the court and will be a nice addition for the San Antonio Spurs. Darren Collison leaves for Indiana after starting 124 games in three years, shooting nearly 40 percent from three and averaging almost five assists. Tyreke Evans and Ben McLemore take their talents to the Memphis Grizzlies after spotty play and often more frustrations than anything else. Arron Afflalo was often the most consistent player on the Kings last year, and he’s in Orlando, while Ty Lawson is still without a job after 25 starts last season.

Key Player Additions: George Hill is on his third team in three years, and he brings stability at point guard, after averaging 14 points and 3.8 assists on 45.7 percent shooting from the field in his last two seasons. At just 31 years old, Hill is a nice pickup for this team that needed direction. Veterans Zach Randolph and Vince Carter leave Memphis to become the leaders of this young Kings squad and are guys who can still contribute despite being out of their prime ages ago. Randolph adds toughness defensively and has averaged no less than 14 points the last five years, while Carter shot nearly 38 percent from deep last year and averaged over 24 minutes.

Draft: De'Aaron Fox has a chance to be a star in the NBA due to his athleticism, quickness, leadership and defense and improved jumper. Fox has a little bit of Russell Westbrook to his game and will make an immediate impact while changing the way people view these Kings overall. Justin Jackson is a gamer who got better every year at UNC, especially his jump shot. Jackson isn’t afraid of the moment and can defend multiple positions with his length and high IQ. Harry Giles had the potential to be the best player in the draft if it wasn’t for multiple knee surgeries at just 19 years old. Giles has great size, is an elite athlete, runs the floor well, can play multiple positions and has good hands in the post. Giles is a steal for the Kings if he stays healthy and can play to his potential. Frank Mason was one of the top scorers in college basketball and showed leadership last season with Kansas. Mason also takes care of the ball, which is key for his point guard position.

Outlook: The Sacramento Kings had a terrific offseason despite all the players they lost. The added vets will help young players such as Buddy Hield, Willie Cauley-Stein and the draft class come along quicker. Speaking of the draft, the Kings hit it out of the park, as Fox is a guy with all-star potential while Jackson and Giles can become key rotation guys. The Kings looked lost in the dark a few months ago but actually have some direction and seem to be building a decent team after all. With all that said, the Kings are still in the West, so let’s not get ahead of ourselves just yet. I’ll be watching this Kings team closely, but playoffs aren’t in the cards this season.