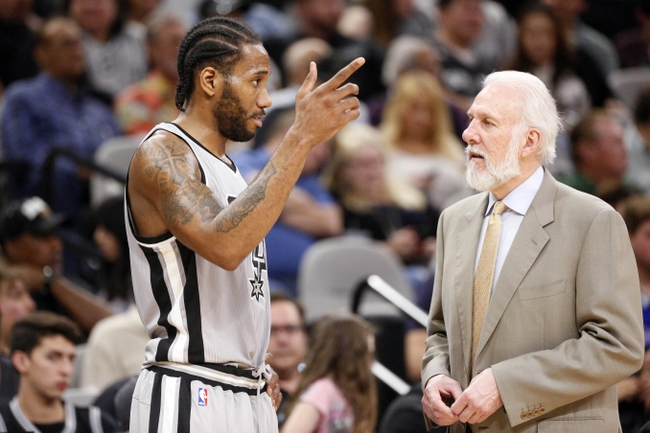 The San Antonio Spurs remain the most consistent team in professional sports, as they haven’t missed the playoffs in two decades, constantly win 50 or more games and always have a shot to compete for a title. As long as Gregg Popovich is running the show, the Spurs are a threat to every team in the league and considering the 68-year-old is on the bench for another season, this year won’t be any different. But let’s take a quick look at the Spurs offseason anyway.

Key Player Losses: Jonathon Simmons goes after the money with the Orlando Magic after being a key contributor off the bench in two seasons, showing flashes of scoring potential and being a feisty, above-average defender. Simmons does a lot of little things well to help a team win and will only improve with just 133 games under his belt. The Spurs also lost center depth with Dewayne Dedmon leaving for the Atlanta Hawks and David Lee still looking for a job (likely outside of San Antonio). Dedmon started 37 games last season and Lee shot 59 percent from the field during the regular season.

Key Player Additions: Rudy Gay has had issues staying healthy and is fresh off a major injury. However, Gay is still capable of averaging 20 points per night, and he shot 45.5 percent from the field and 37.2 percent from three last season. When healthy, Gay can hold his own at the small forward position, making this signing extremely valuable to San Antonio’s potential playoff run. Joffrey Lauvergne adds depth to the center position, as he’s averaging four rebounds and 6.1 points per game in just 15 minutes throughout his NBA career.

Draft: Derrick White is one of those big point guards the Spurs like at 6’4”, and he commits defensively while shooting above 50 percent from the field and nearly 40 percent from three. White isn’t the best athlete in the world and can be turnover prone at times, but he has a high IQ and should thrive in the Spurs system like most players they draft do. Jaron Blossomgame has his NBA body already with great athleticism, explosiveness and the willingness to defend his tail off. Blossomgame struggles with his offensive game, but the raw tools are there and it wouldn’t be surprising if he’s a rotation player within a year or two.

Outlook: The San Antonio Spurs are one of a handful of teams that can realistically gun for an NBA title. With arguably the best coach of all-time, the best two-way player in the league and a supporting cast that consistently performs and is well prepared, the Spurs are a well oiled machine and have been for 20 years. The addition of Gay is huge for the Spurs bench and any improvement from LaMarcus Aldridge would be nice. Either way, the Spurs are the Spurs, and they’ll be no tough out and should always be treated seriously.