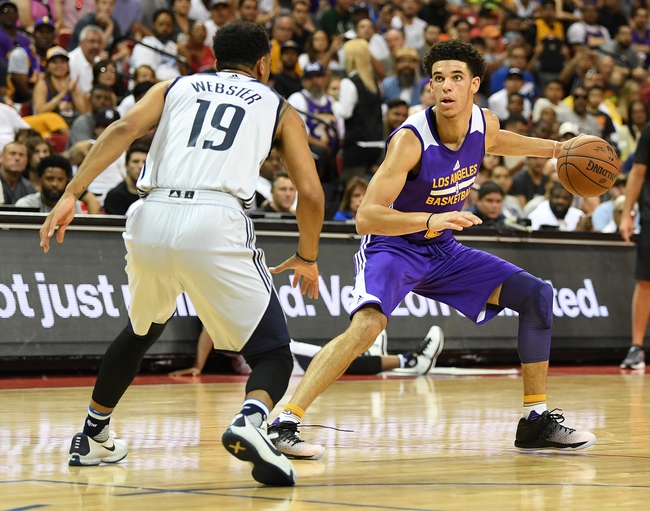 The Minnesota Timberwolves open the NBA preseason with a trip to the Honda Center to face the Los Angeles Lakers.

The Minnesota Timberwolves come off a last place finish in the Northwest with a 31-51 record which was 20 games behind conference winner Utah. The Timberwolves were #13 offensively at nearly 106 points which wasn’t a good match with the #18 defense allowing around 107 points. The numbers say Minnesota was in need of some wholesale changes to even sniff the postseason, let alone a .500 record.

The Timberwolves have made changes in the hopes of becoming an immediate challenger in the Northwest. Andrew Wiggins and Karl-Anthony Towns return to give the offense two top tier scorers with a combined 49 points while Towns averaged over 12 rebounds. The T-Wolves went out and got Jimmy Butler from the Chicago Bulls while also adding Taj Gibson, Jamal Crawford and Jeff Teague. The Timberwolves also get back Gorgui Deng and Shabazz Muhammad to round out a solid offense from a season ago.

Of course, Minnesota had to give up some talent as well with Zach LaVine gone along with his 19 points while playmaker Ricky Rubio departs with eleven points and nine assists. The Timberwolves should be able to score the basketball but the defensive end of the floor is where the team is desperate for improvement and only time will tell if this area gets better.

The Los Angeles Lakers are one the most storied franchises in NBA history but the team has been struggling in recent seasons. The Lakers were 4th in the Pacific a year ago at 26-56 which was two games ahead of the basement dwelling Phoenix Suns. The LAL were #17 in scoring at around 105 points which wasn’t nearly enough with opponents averaging close to 112 points to rank 28th in the game so this team has room to improve at both ends of the floor.

D’Angelo Russell, Lou Williams and Nick Young are no longer with the team so the offense loses a couple of their top scorers and the addition of Brook Lopez who can score in the paint and from long range will be asked to alleviate some of the scoring burden. Rookie Lonzo Ball gives Los Angeles plenty of hope at the point while Kentavious Caldwell-Pope, Jordan Clarkson, Kyle Kuzma and Julius Randle give the team a solid nucleus to build on.

This is the preseason opener for both teams so expect to see plenty of role players as the tram's begin to piece together a lineup...