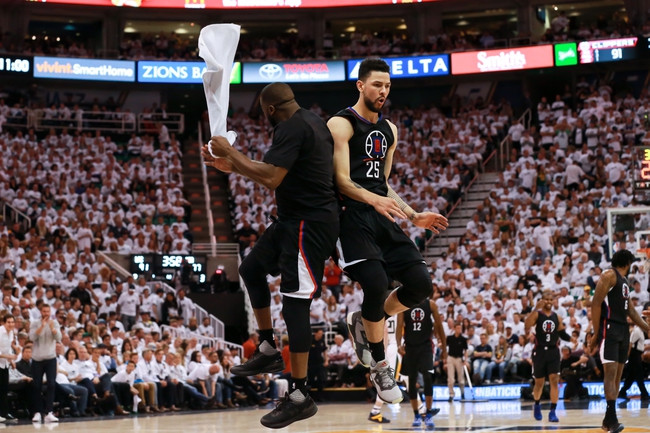 The Toronto Raptors finished second in the Atlantic Conference with a 51-31 record which was just two games behind the Boston Celtics. The Raptors were number ten in scoring at 107 points and #8 defensively with under 103 points allowed. Many expect the Raptors to challenge for the conference title which likely means the team will have to win at least 50 games to have a shot at the Celtics.

Toronto will have a familiar look to the lineup with leading scorer DeMar DeRozan lighting up the scoreboard to the tune of 27 points while grabbing over five rebounds and handing out four assists. Guard Kyle Lowry averaged over 22 points and paced the team with seven helpers in 60 games so the Raptors are hoping he stays healthy over the long season. Forward Serge Ibaka and Center Jonas Valanciunas give Toronto a presence in the paint with a combined 26 points 16 rebounds although Ibaka only appeared in 23 games.

This team absolutely won’t unseat the Celtics if any of their stars misses significant time and many  question if the team made enough strides to improve the roster to where the Raptors can at least go deep in to the postseason.

The Los Angeles Clippers kick off the NBA preseason by hosting the Toronto Raptors on Sunday. The Clippers come in to the new year off a second place finish in the Pacific with a 51-31 record which was 16 games behind the World Champion Golden State Warriors. The LAC could score the basketball at nearly 109 points which was #6 in the league while sinking shots at 47.5% which was second best. Los Angeles allowed just over 104 points for the 12th ranked defense.

The Clippers lost some great talent and at the top of the list was Chris Paul who takes 18 points, five rebounds and nine helpers to the Houston Rockets. Los Angeles also parted ways with third leading scorer JJ Redick who averaged 15 points. However, the LAC did resign Blake Griffin who led the team in scoring at nearly 22 points and was second on the glass with eight boards. DeAndre Jordan brings back almost 13 points and a team high of 13.8 rebounds but this duo won’t be alone.

Los Angeles brings in scorer Lou  Williams and Danilo Gallinari so the team and their fans won’t forget about Chris Paul and Redick but there are pieces to the puzzle and not a start over situation. The Clippers bring in several new faces thanks to their wheeling and dealing so there is help off the bench, depth and perhaps a few more options that veteran coach Doc Rivers can employ.

It's unknown who plays and how long for each squad so I'll just  take the points.