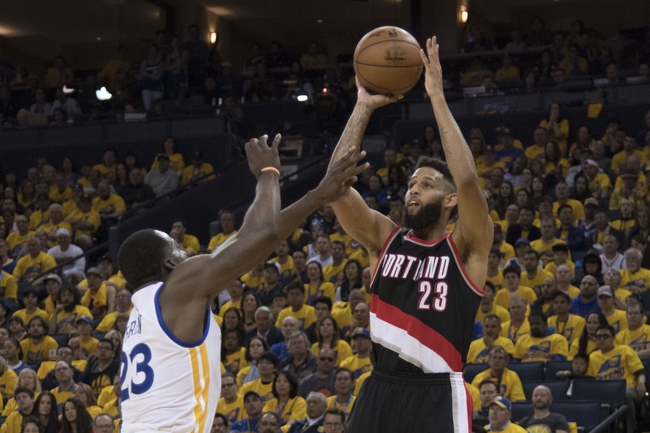 The Toronto Raptors take the floor with the Portland Trail Blazers in a Thursday NBA matchup.

The Toronto Raptors look to get back in the win column when the team takes the floor with the Portland Trailblazers on Thursday. Toronto comes in off of a 98-84 defeat to the Los Angeles Clippers where their offense never found a groove while the Clippers did. Los Angeles sank shots at 48% while the Raptors connected at just over 38% with a 6-36 effort from beyond the arc being a decisive stat. Throw in 12 fewer makes at the charity stripe and the offense suffered through a very long night. Toronto received a team high 15 points from DeMar DeRozen on 6-11 from the floor with Fred VanVleet checking in with 13 points on 3-7 while Jonas Valanciunas and Pascal Siakam each scored eleven points and combined for eleven rebounds.

The Portland Trail Blazers look to bounce back from a poor second half performance versus the Phoenix Suns in a 114-112 loss on Tuesday. The Trail Blazers appeared to be heading for an easy win with a 17 point lead at the intermission before Phoenix surged ahead thanks to a 41 point explosion in the 4th. The Blazers were outshot 46.8%-43% overall and watched Phoenix sink 13 more free throws. The Portland attack was led by the twosome of Damian Lillard and Caleb Swanigan with 18 points apiece on a combined 13-20 from the field with Swanigan grabbing seven rebounds while Jusuf Nurkic added 16 points on 8-13. Isaiah Briscoe and CJ McCollum chipped in with ten points apiece as the Trail Blazers had players that were great shooting the basketball and some that couldn’t buy a basket.

The Raptors played so poorly last time out I am looking at them to be more competitive here...