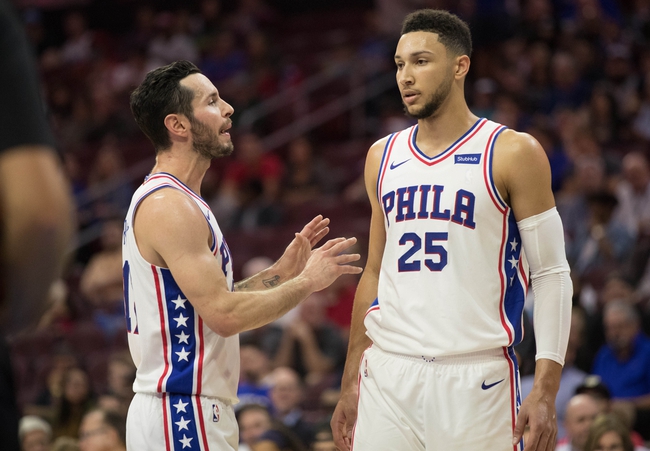 The Boston Celtics won their preseason opener over the Charlotte Hornets, 94-82. In the victory, the Celtics made 11 threes and allowed just 37.5 percent shooting. Aron Baynes led the Celtics with 10 points and three assists while Daniel Theis had 12 points and seven rebounds. Abdel Nader was the third double-digit scorer and Kyrie Irving dished three assists in 19 minutes in his Boston debut. The Celtics were quite impressive in their preseason opener, as they locked up defensively and turned the ball over just 10 times. Usually we see high turnover numbers in the preseason due to rust and guys trying to get their feet under them, and despite the Boston Celtics being pretty much an entire new team, that wasn’t the case. We’ll see if things change on the road in their second effort.

The Philadelphia 76ers look for a bounce back victory after losing their opener to the Memphis Grizzlies, 110-89. In the loss, the 76ers shot 34.8 percent from the field and made 11 threes. Robert Covington led the 76ers with 13 points and five rebounds while Jahlil Okafor had 13 points and six rebounds. JJ Redick was the third double-digit scorer and Ben Simmons had seven rebounds and nine assists in 22 minutes. Joel Embiid didn’t play in the preseason opener despite doing five-on-five drills. Overall, the 76ers have to be pleased that the team is finally starting to come together with Simmons on the court and possible game changers in Redick and Markelle Fultz providing help. The Philadelphia 76ers are a young, talented team that should have a lot of value this season, as oddsmakers make take some time to adjust. Watch the 76ers closely the first few weeks of the season.

I'm not leaving five points on the table with the younger team and the team that has more open playing time. The 76ers are one of those teams that should trhive in the preseason, while the Celtics are just trying to learn how to play together and fufil expectations with this new roster. Going with the underdogs in the preseason is often the way to go, so I'll take my buckets with the 76ers at home.