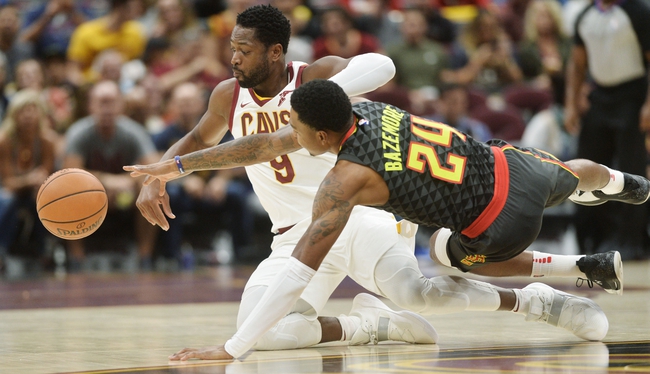 The Indiana Pacers look to build on their opening preseason victory over the Milwaukee Bucks, 104-86. In the win, the Pacers made 11 threes and allowed just 38.8 percent shooting from the field. Myles Turner led the Pacers with 17 points and nine rebounds while Victor Oladipo had 15 points and four assists. Lance Stephenson chipped in 17 points off the bench and Thaddeus Young grabbed eight rebounds. The Pacers were / are my surprise team in the East this season and preseason or not, they played solid defense in their opener and won outright as a hefty underdog. It’s going to be interesting to see if the Indiana Pacers can play with that sam intensity going forward and get enough consistent offensive production to cover games.

The Cleveland Cavaliers are coming off a preseason opening loss to the Atlanta Hawks, 109-93. In the losing effort, the Cavs allowed 48.8 percent shooting and produced 30 fouls. Kevin Love led the Cavaliers with 12 points and five rebounds while Kay Felder had 13 points and two steals. Dwyane Wade dished four assists in his Cleveland debut and Ante Zizic grabbed six rebounds. LeBron James didn’t play in the preseason opener. The Cavs are one of those teams that know what they have and with an aging roster, it’s careful to monitor minutes and keep guys fresh for when the season actually matters. So, the Cleveland Cavaliers can often be one of the tougher teams to bet on in the preseason due to so many guys taking the night off or the starters not playing more than 10 or 15 minutes. Tread carefully with the Cavs until the regular season begins.

I've mentioned before that the Pacers are a team I'll be watching closely this season and I'll be taking them and the points often while the market will need time to catch up. However, the Cavs and the small line seems to be the way to go at home here. Preseason or not, the Cavs are obviously the better team in this spot, and the defense has no choice but to improve from its last game. In a packed house, this is a game the Cavaliers should be able to run away with.