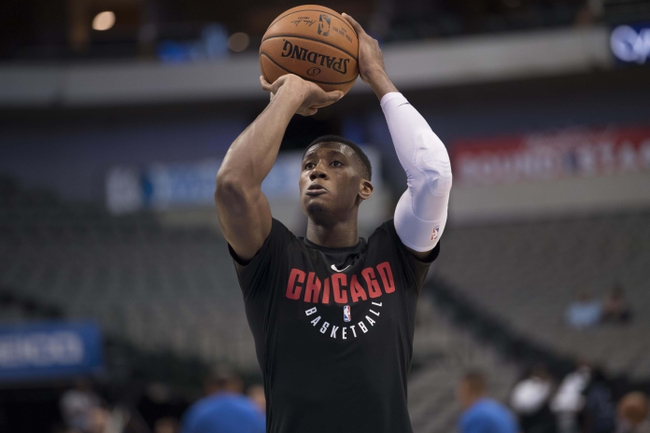 The Milwaukee Bucks and Chicago Bulls meet Friday in NBA preseason action at the United Center.

The Milwaukee Bucks are looking for their first preseason win of the season after an 0-2 start. The Bucks are coming off a 104-86 loss to the Indiana Pacers in which they shot just 38.8 percent from the field and had 20 turnovers. Gary Payton II led the Bucks with 15 points and five assists while Rashad Vaughn had 14 points and one rebound. Gerald Green was the third double-digit scorer and D.J. Wilson grabbed six rebounds. Giannis Antetokounmpo has yet to play this preseason. The Bucks are one of those teams in the East that has an identity and pretty much knows what it is right now, so preseason isn’t as important as it may be for other teams. Still, you’d like to see the Milwaukee Bucks put together a Milwaukee Bucks type performance with just two preseason games left.

The Chicago Bulls are 1-1 in preseason play and get their first home game of exhibition play. In a 118-71 loss to the Dallas Mavericks, the Bulls shot 34.6 percent from the field and made just seven of 29 threes. Paul Zipser led the Bulls with 12 points and three rebounds while Robin Lopez had 12 points and one assist. Justin Holiday grabbed six rebounds and Kris Dunn dished out six assists. The Bulls have nowhere to go but up after their most recent performance, as it was downright ugly at both ends of the court. However, this is clearly a rebuilding year for the Chicago Bulls, so it’s basically about finding guys who can play and are worth keeping around for the next five to 10 years. Dunn is quietly playing well and could be a nice catch for the Bulls after all considering many killed them for that Jimmy Butler trade.

Preseason games are obviously hard to cap, and things change from game to game. The Bulls have a lot of open playing time, so that should create aggressive play in the preseason, and the Bucks are still without Antetokounmpo while he deals with a personal issue. However, I can't back Chicago in this spot after how it played against the Dallas Mavericks. It was ugly. I'll take the far better team and the free point, even if this game is meaningless.