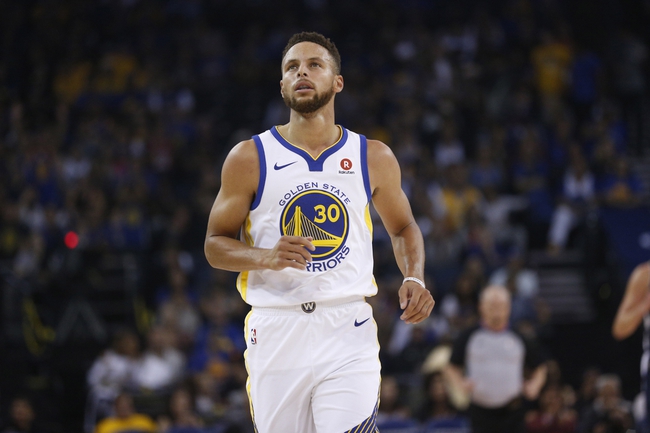 The Line: Timberwolves -- Over/Under: Click to Get Latest Betting Odds

The Golden State Warriors and Minnesota Timberwolves meet Sunday in NBA preseason action at the Mercedes-Benz Arena on NBATV.

The Golden State Warriors look for their first preseason victory after an 0-2 start. In Thursday’s loss to the Timberwolves, the Warriors shot 46.3 percent from the field and turned the ball over 19 times. Kevin Durant led the Warriors with 20 points and two rebounds while Steph Curry had 14 points and six assists. Klay Thompson was the third double-digit scorer and Zaza Pachulia grabbed six rebounds. The Warriors fell apart in the fourth quarter, which is fine when you consider all of their starters were on the bench when they’d usually be in the game in the regular season. The Golden State Warriors are one of the few teams that doesn’t exactly need all of these preseason games, so they’ll continue to rest guys and manage minutes for key players.

The Minnesota Timberwolves look for another victory to end their preseason with a solid 3-0 record. In the victory over the Warriors, the Timberwolves shot 42 percent from the field and made 12 threes. Karl-Anthony Towns led the Timberwolves with 16 points and eight rebounds while Jimmy Butler had 16 points and four assists. Andrew Wiggins was the third double-digit scorer and Gorgui Dieng grabbed 10 rebounds. The Timberwolves have produced 219 points in their first two games and have held both opponents under 100, which has to make coach Tom Thibodeau most proud. Considering this is the last game for the Minnesota Timberwolves until October 18, it’ll be interesting to see how many minutes the starters get.

Considering this game starts at seven in the morning and a line isn't out yet, I'm going to side with the Minnesota Timberwolves and the points, assuming they're an underdog. Minnesota is likely going to play it's starters a bit more due to having the upcoming 10 days off, while the Warriors are treating this as a chance to play the young guys and avoid any injuries to their stars. This is another game the Timberwolves can win due to them treating this a little more seriously.