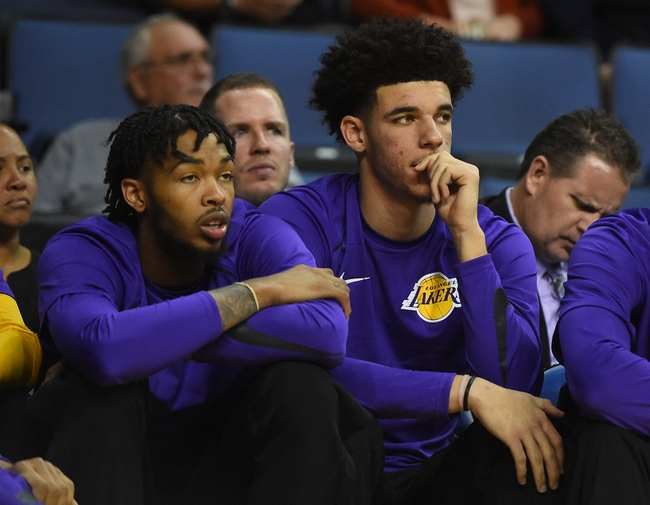 The Sacramento Kings and Los Angeles Lakers meet Sunday in NBA preseason action at the T-Mobile Arena on ESPN.

The Sacramento Kings are 1-1 in preseason play and are coming off a Friday loss to the San Antonio Spurs. In the loss, the Kings allowed 55.4 percent shooting and allowed 15 made threes. Willie Cauley-Stein led the Kings with 14 points and nine rebounds while De'Aaron Fox had 12 points and six assists. Skal Labissiere was the third double-digit scorer and Buddy Hield grabbed four rebounds. The Kings got good offensive production from their key players, but this is a team that’s allowed a combined 213 points in their first two preseason games. In order for the Sacramento Kings to improve on last years efforts, the defense has to pick up. Three of the Kings final four preseason games are on the road.

The Los Angeles Lakers are still looking for their first preseason win after an 0-3 start. In Wednesday’s loss to the Denver Nuggets, the Lakers allowed 56 percent shooting and gave up 15 threes. Kyle Kuzma led the Lakers with 21 points and two rebounds while Jordan Clarkson had 12 points and one assist. Kentavious Caldwell-Pope was the third double-digit scorer and Josh Hart grabbed four rebounds. The Lakers are another team that’s struggled defensively in the preseason, as they’ve allowed 108 or more points in all three games. In fact, the scoring numbers allowed have gotten worse each game, which includes giving up 122 points on Wednesday. Entertainment value only goes so far if the Los Angeles Lakers can’t get stops and at least make games competitive this season.

In five preseason games between these two teams, they've allowed at least 100 points in all five games. The Lakers have allowed more points in each game this preseason, while the Kings are coming off a performance in which they were torched with 55.4 percent shooting. Stops have been hard to come by, so instead of trying to pick winners in these meaningless time of year, I'll side with the over based on the way things have played out so far.